Aasif Mandvi net worth: Aasif Mandvi is an Indian-American actor and comedian who has a net worth of $3 million dollars. He first became widely recognized for his work as a correspondent on "The Daily Show". In 2019 he began starring in the CBS drama "Evil."

Aasif Mandvi, also known as Aasif Hakim Mandviwala, was born in Mumbai, Maharashtra, India, and grew up in Bradford, England. His family then moved to Tampa, Florida when he was sixteen. He went on to graduate from the University of South Florida with a degree in Theatre. He began his professional career as a performer at Walt Disney World, and then moved to New York, where he appeared in various Off-Broadway productions. He began to gain wider notice after winning an Obie Award for his work in his one-man show, "Sakina's Restaurant". He went on to appear in the 2002 Broadway revival of "Oklahoma", among other productions. He has appeared in a range of film and television projects, including "Nash Bridges", "Analyze This", "Spider-Man 2", "The Sopranos", "Jericho", "Music & Lyrics", "The Proposal", "Margin Call", "The Dictator", "The Internship", and "Million Dollar Arm". 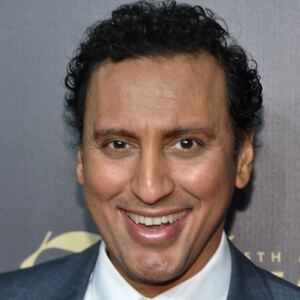