Aasha Davis Net Worth: Aasha Davis is an American actress who has a net worth of $500 thousand dollars. Aasha Davis was born in 1974. Her debut film role came in the movie Bittersweet Lies in 2002. Aasha made her TV debut in the series Scratch & Burn in 2002. From 2006 to 2007 she starred as Waverly Gardy on the television series Friday Night Lights.

Davis starred as Chelsea Lewis on the series South of Nowhere from 2005 to 2008. In 2013 she starred in the series Cowgirl Up. Since 2012 Aasha has starred as Racey Jones in the series The Unwritten Rules. She has starred in the films American Gun, Novel Romance, and Pariah. Davis has also appeared in episodes of the shows Boston Public, Las Vegas, Gilmore Girls, The Shield, ER, House M.D., Grey's Anatomy, Castle, Husbands, and Criminal Minds. In addition to starring in the web series The Unwritten Rules, Davis also produces the show. Her older sister Lesley herring disappeared in 2009 and Aasha reported her as missing. In 2010 Herring's husband Lyle was charged with her murder and was convicted in 2013 but Lesley's body has not been found. The case was covered on Dateline NBC and Nancy Grace. 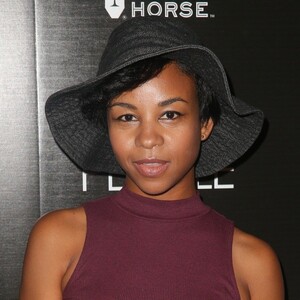