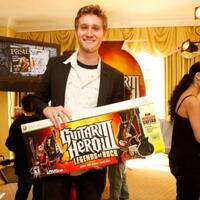 Aaron Staton Net Worth: Aaron Staton is an American actor who has a net worth of $4 million. Born in Huntington, West Virginia, in 1980, Aaron Staton spent most of his childhood in Jacksonville, Florida, before enrolling in the School of Drama at Carnegie Mellon University in Pittsburgh. He earned his degree in 2004 and made his on-screen debut a year later, playing Andy Wall in a 2005 episode of "Law & Order Special Victims Unit". Staton went on to appear briefly in "7th Heaven" (2006), "August Rush" (2007), "One Night" (2007), "The Nanny Diaries" (2007), "I Believe in America" (2007), "Descent" (2007), and "Without a Trace" (2007) before landing the part of Ken Cosgrove on the hit series "Mad Men". For the part, he earned a SAG Award for Outstanding Performance by an Ensemble in a Drama Series twice (2008, 2009). Staton scored the part in 2007 and has been with the show ever since. He has also played Bruce in 2008's "Imaginary Bitches", Todd Roda in 2011's "The Good Wife", Hayden Price in 2013's "Person of Interest", and Mike Neary in 2014's "Preservation". Staton voiced Cole Phelps in 2011's "L.A. Noire" video game, earning a BAFTA Game Award nomination for Best Performer in a Video Game. Staton has been married to his wife, fellow actress Connie Fletcher, since 2006. They have one child together.