Aaron Stanford Net Worth: Aaron Stanford is an American actor who has a net worth of $500 thousand dollars. Stanford was born in December of 1976 in Westford, Massachusetts to Judith, an English professor and Don, a publishing executive. While attending high school, Stanford began acting and decided he wanted to pursue it after school.

He then went on to attend Rutgers University's Mason Gross School of Arts, where he graduated magna cum laude in 2000. He then made his on-screen debut in 2002's indie film, Tadpole. Though he was 23 when filming, Stanford's character was only 15. Some of his more notable appearances include Pyro in X2, as well as X-Men: The Last Stand, Doug in 2006's The Hills Have Eyes, and Birkhoff in Nikita. The latter aired from 2010 until 2013. For his work in The Hills Have Eyes, he earned a Young Hollywood Award for "one to watch. He also did voice work for the 2012 video game, Call of Duty: Black Ops II Zombies Mode. Stanford has also gone on to make a number of appearances in television shows, including guest roles and small recurring characters. His brother, David, is known for his musical work and continues a career as a professional musician. 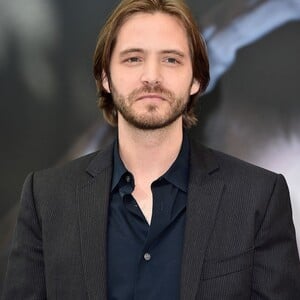