Aaron Lohr net worth: Aaron Lohr is an American actor and singer who has a net worth of $5 million. Aaron Lohr was born in Los Angeles, California in April 1976. From 1987 to 1988 he starred as Nikky Robinson in the television series Bustin' Loose. Lohr had a recurring role as Marlon Baker in the TV series Sister, Sister from 1994 to 1997.

He has provided voice work for the TV movie Scooby-Doo and the Ghoul School, the TV series Fantastic Max, and the film A Goofy Movie. Lohr has starred in the movies The News Boys, D2: The Mighty Ducks, D3: The Mighty Ducks, Rent, Zoe Gone, and A Change of Heart. He has also appeared in episodes of the TV series St. Elsewhere, Baywatch, Family Matters, The New Lassie, The Wonder Years, Blossom, Step by Step, Teen Angel, Law & Order, White Collar, Blue Bloods, and The Mentalist. In 1984 Lohr won a Special Award from the Young Artists Award for Theater Arts. Aaron became engaged to actress Idina Menzel in 2016. They married in 2017. 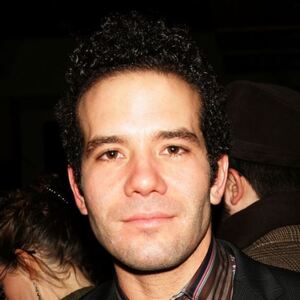