Aaron Kwok Net Worth: Aaron Kwok is a singer, dancer, and actor who has a net worth of $20 million. Hailing from Hong Kong, Kwok was born in October of 1965. He has been working professionally since the 1980s and is considered to be one of the "Four Heavenly Kings" of the town. He is said to have been heavily influenced by Michael Jackson, though a majority of his songs are considered to be hip-hop or pop based. After graduating from St. Joseph's College, which is also located in Hong Kong, he worked at a jewelry store chain. His father had created a successful gold retail business, and it was Kwok's intentions to learn the business before eventually taking over his father's company. However, one of his brothers decided to take over instead, allowing him to pursue a professional music career. It's said that, without his brother's intervention, Kwok's father would not have allowed him to pursue music. Aside from music, Kwok is also known for his dancing and acting efforts. He's appeared in various commercials and TV shows throughout his career. In his personal life, he's known for his love of cars, having purchased and raced numerous vehicles throughout his lifetime. 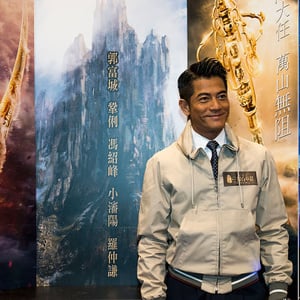