What Is Aaron Eckhart's Net Worth and Salary?

Aaron Eckhart was born Aaron Edward Eckhart on March 12, 1968, in Cupertino, California. He grew up in a Mormon household with mother Mary Martha Lawrence (an artist, writer, and poet), father James Conrad Eckhart (a computer executive), and two older brothers. In 1981, the family moved to the U.K. for James' job, and they lived in Surrey, England. Aaron attended American Community School, where he played Charlie Brown in a school play. The family relocated to Sydney, Australia, in 1985, and Eckhart enrolled at American International School of Sydney for his senior year of high school. He later dropped out and took a job at a local movie theater, and he earned his high school diploma through a correspondence course. After spending a year surfing in France and Hawaii and skiing in the Alps, Aaron moved back to the U.S. and studied film at Brigham Young University–Hawaii before transferring to BYU in Provo, Utah. He earned a Bachelor of Fine Arts degree in 1994, and he studied acting at Manhattan's William Esper Studio.

While attending BYU, Eckhart appeared in "Godly Sorrow," a Mormon-themed film. Around this time, he met playwright Neil LaBute, who cast him in some of his plays. Aaron moved to New York City after college, got an agent, and found work as a bartender, construction worker, and bus driver. He began starring in commercials, and in 1992, he appeared in the TV movie "Double Jeopardy." The following year, he had a small role in the thriller "Slaughter of the Innocents," and in 1994, he was an extra on "Beverly Hills, 90210." In 1997, LaBute cast him as Chad in the film adaptation of his play "In the Company of Men," and Eckhart earned an Independent Spirit Award for his performance. He teamed up LaBute again in 1998's "Your Friends & Neighbors," 2000's "Nurse Betty," and 2002's "Possession." Aaron appeared in the films "Thursday" (1998), "Molly" (1999), and "Tumble" (2000), and he played Nick Crozier in 1999's "Any Given Sunday." He co-starred with Julia Roberts in 2000's "Erin Brockovich," which grossed $256.3 million at the box office and received an Academy Award nomination for Best Picture and a Golden Globe nomination for Best Motion Picture – Drama.

In 2001, Eckhart appeared in the Sean Penn-directed thriller "The Pledge, and in 2003, he starred as Dr. Joshua "Josh" Keyes in "The Core," Brake Baldwin in "The Missing," and James Rethrick in "Paycheck." He guest-starred in two episodes of NBC's "Frasier" in 2004, and that year he also played  FBI Agent Thomas Mackelway in the psychological thriller "Suspect Zero." Aaron earned critical acclaim and a Golden Globe nomination for his performance as Big Tobacco spokesman Nick Naylor in the 2005 film "Thank You for Smoking," and in 2006, he appeared in "The Wicker Man" and "The Black Dahlia." In 2007, he co-starred with Catherine Zeta-Jones in "No Reservations" and played the title role in "Meet Bill," which he also executive produced. Eckhart played Harvey Dent / Two-Face in the 2008 Batman film "The Dark Knight," which was the highest-grossing film of the year, bringing in $1.005 billion at the box office. In 2020, "The Dark Knight" was preserved in the Library of Congress' National Film Registry for being "culturally, historically, or aesthetically significant." 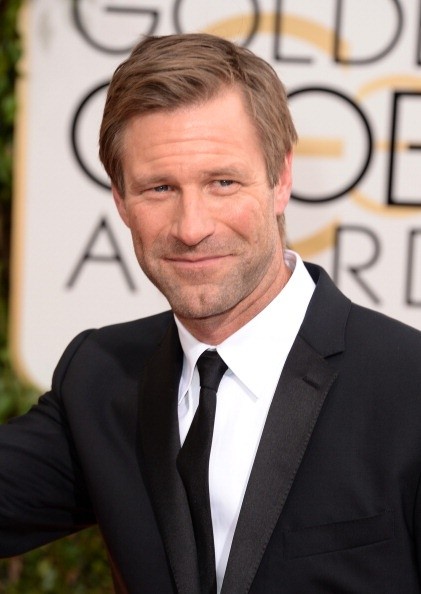 Aaron co-starred with Jennifer Aniston in the 2009's "Love Happens" and with Nicole Kidman in 2010's "Rabbit Hole," then he played U.S. Marine Corps Staff Sergeant Michael Nantz in the 2011 science-fiction movie "Battle: Los Angeles." He starred as President Benjamin Asher in 2013's "Olympus Has Fallen" alongside Gerard Butler and Morgan Freeman, and he reprised his role in 2016's "London Has Fallen." Both films were hits, with "Olympus Has Fallen" grossing $170.3 million and the sequel bringing in $205.9 million. In 2014, Eckhart played The Monster / Adam Frankenstein in "I, Frankenstein," then he appeared in the films "My All American" (2015), "Sully" (2016), "Bleed for This" (2016), and "Incarnate" (2016). He guest-starred on the Amazon Prime Video series "The Romanoffs" in 2018, and he starred in 2019's "Midway" and "Line of Duty." In 2020, Aaron co-starred with Tommy Lee Jones and Heather Graham in the thriller "Wander."

Aaron began a relationship with actress Emily Cline while the two were filming "In the Company of Men," and though they became engaged, they split up in 1998. Eckhart later dated SHeDAISY's Kristyn Osborn and appeared in the band's music video for the 2005 single "I'm Taking the Wheel." Aaron quit smoking and drinking with the help of hypnosis, and in a 2007 interview with "The Guardian," he stated, "Right now, if you asked me which one would I rather do, I wouldn't want to do either. I smoked when I got up and I smoked when I went to bed. Now I have a cup of coffee in the mornings. I feel better, cleaner, and I think I'm a friendlier person."

In 2007, Eckhart received a Golden Globe nomination for Best Performance by an Actor in a Motion Picture – Comedy or Musical for "Thank You for Smoking." The film earned him nominations from the Film Independent Spirit Awards, Golden Schmoes Awards, Prism Awards, Satellite Awards, and St. Louis Film Critics Association as well. He also received Film Independent Spirit Award nominations for Best Debut Performance for "In the Company of Men" (1998) and Best Male Lead for "Rabbit Hole" (2011), winning for "In the Company of Men." For that film, Aaron also earned a Satellite Award for Outstanding New Talent and a Taormina International Film Festival Best Actor award as well as nominations from the Chicago Film Critics Association Awards and the Online Film & Television Association.

Eckhart won an Excellence in Acting Award for "Rabbit Hole" at the 2011 Denver International Film Festival, and he received a Best Actor nomination at the 2010 San Diego Film Critics Society Awards and CinEuphoria Award nominations for Best Actor – International Competition and Best Duo – International Competition (shared with Nicole Kidman). The cast of "The Dark Knight" won Best Ensemble awards from the Awards Circuit Community Awards, Central Ohio Film Critics Association, and People's Choice Awards, and Aaron earned Best Supporting Actor nominations from the Academy of Science Fiction, Fantasy & Horror Films and Golden Schmoes Awards. He was also nominated for a Scream Award for Best Villain for "The Dark Knight," and in 2016, he received an Indiana Film Journalists Association Award nomination for Best Supporting Actor for "Bleed for This." 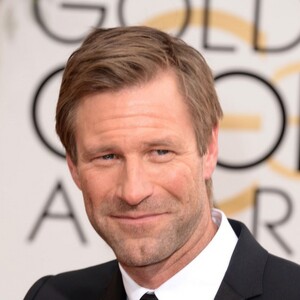