His best known role came starring as Tyrol in the series Battlestar Galactica from 2004 to 2009. In 2010 Dougal's starred as Frank Leo in the television series The Bridge. From 2010 to 2011 he starred as Bill Marsh in the TV series Hellcats. In 2013 he starred as Sheriff Tom Sworn in the series Hemlock Grove. Douglas starred as Evan Henderson in the TV series The Killing in 2013. He is scheduled to star in the TV series The Returned in 2015. Douglas has also starred in the movies Final Destination 2, X2, The Lizzy McGuire Movie, Paycheck, Saved!, Walking Tall, The Chronicles of Riddick, I, Robot, Catwoman, White Noise, The Exorcism of Emily Rose, Chaos, Man About Town, Butterfly on a Wheel, and Death Do Us Part. He was nominated for a Gemini Award in 2013 for Flashpoint. 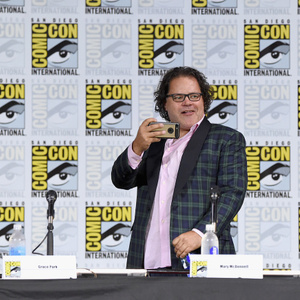