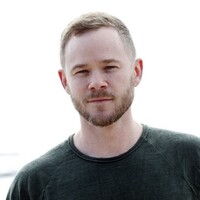 Aaron Ashmore Net Worth: Aaron Ashmore is a Canadian actor who has a net worth of $2 million. Ashmore was born in October of 1979 in Richmond, British Columbia. He has an identical twin brother, Shawn, who is also an actor; the pair grew up in Branpton, Ontario and attended Turner Fenton Secondary School, then later, Earnscliffe Senior Public School. The brothers have matching tattoos that say "GMA" on each of their wrists, which stands for "good man Ashmore." It was inspired by a tattoo their grandfather had. Ashmore is best known for his acting work on Smallville and Warehouse 13. He has also appeared in a number of TV movies, and made guest appearances on various TV shows. Some of his more memorable full-length films include The Shrine, Conception, Fear Island, The Stone Angel, and My Brother's Keeper. He made his on-screen debut in 1991 when he appeared as an extra in Married to It, but did not return to the career professionally until 2001, when he began taking on regular roles. In June of 2014, he married Zoe Kate. His sister in law is Dana Renee Wasdin, a film executive. She and Ashmore's brother met while working on Disney's Frozen.