Aarif Lee Net Worth: Aarif Lee is a Hong Kong actor and Cantopop singer who has a net worth of $10 million. Aarif Lee was born in Hong Kong in February 1987. Lee was the Head Boy at King George V School and studied physics at Imperial College London. Aarif wrote the lyrics for Janice Vidal's album Morning in 2009. Lee's debut studio album Starting from Today was released in 2009 and he was responsible for composing, arranging, and producing eight of ten songs on the album. As an actor Lee made his debut in the 2010 film Echoes of the Rainbow. The same year he also starred as Kit in the movie Frozen and Bruce Lee in the movie Young Bruce Lee. In 2011 he starred in the films Ngo oi Heung Gong: Hoi sum man seoi, The Allure of Tears, and Dual Crisis. In 2012 he starred as Billy Cheung in the movie Cold Way and in 2013 he starred as Tony in the film One Night Surprise. In 2010 he won Hong Kong Film Awards for Best New Performer and Best Original Film Song. Lee plays the guitar, piano, drums, and bass guitar in addition to singing. 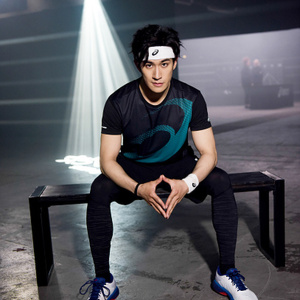