Zygi Wilf Net Worth: Zygi Wilf is a businessman, real estate developer, and NFL owner who has a net worth of $1.3 billion dollars. Born in Germany in 1950 as Zygmunt Wilf, Zygi Wilf's parents survived the Holocaust and moved to the United States soon after his birth. His father and uncle soon developed their own real estate company.

Wilf earned an economics degree from Farleigh Dickinson University and his J.D. from New York Law School. He began working as a lawyer before joining the family real estate business. Since joining Garden Commercial Properties, Wilf has expanded the business from four commercial centers to more than 100. The real estate portion of the family business owns more than 90,000 apartments in the United States. Along with five others, he bought the Minnesota Vikings in 2005 for an estimated $600 million. Soon after, ownership began lobbying local government for a new stadium, which was narrowly approved in 2012. Wilf and several family members were found liable in 2013 for breaking civil New Jersey racketeering laws in order to deceive other business partners. The judge in the case likened Wilf's actions to those typically taken by organized crime. Wilf is on the board of several organizations, including one at Albert Einstein College of Medicine. He and his wife, Audrey, have four children together. 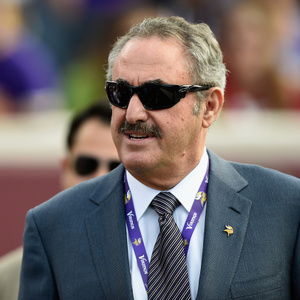