William Ford Sr. Net Worth: William Ford Sr. was an American businessman and philanthropist who had a net worth of $2.2 billion at the time of his death in 2014. William was Henry Ford's last surviving grandchild.

William Ford Sr followed the family tradition overseeing the design direction for some of Ford Motor's best-known vehicles for decades. He managed to expand and sustain the company through many crises. He was also instrumental in arranging for the Ford family to retain super-voting rights when Ford went public in 1956. Furthermore, Ford Sr earns the credits for the creation of 1956 Continental Mark II, one of the most iconic cars ever produced. Apart from serving on the boards of the Ford Motor Company and the Edison Institute, Ford also owned and served as chairman of the Detroit Lions football team. Despite owning the Lions for 51 years, he never saw his team win an NFL championship.

During World War II, Ford enlisted in the United States Navy Air Corps and fought for his country, even though is family's wealth could have almost certainly provided him with a deferment. In those days it was much more common for people who were well off to serve in the military.

Ford lore says that during his time at the Continental division, William Clay Ford had only two photographs on the wall: One of the Continental designed by his father, and his updated Mark II.

William Ford Sr died on March 9, 2014 at the age of 88. A father of four, his son Bill Ford Jr. now serves as executive chairman of Ford Motor. 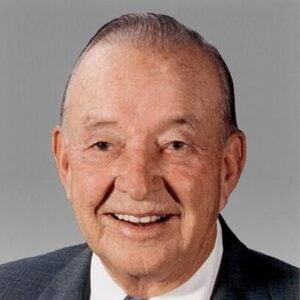