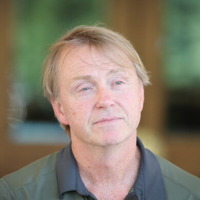 Wes Edens net worth: Wes Edens is an American businessman who has a net worth of $600 million. He is perhaps best known for co-owning the Milwaukee Bucks. Wes earned his fortune in the finance/private equity industry.

Wes Edens was born in Montana in October 1961. He graduated from Oregon State University and is a private equity investor and hedge fund manager. Edens co-founded Fortress Investment Group and founded New Fortress Energy. He is a co-owner of the National Basketball Association team the Milwaukee Bucks with Marc Lasry. Wes Edens is also the owner of the eSports team FlyQuest. He is majority shareholder of the Premier League team Aston Villa with Nassef Sawiris. Edens started his career working for Lehman Brothers and then worked for BlackRock. He is the chairman of Nationstar Mortgage. Edens and Lasry purchased the Milwaukee Bucks for $550 million from Herb Kohl in 2014 and the franchise was valued at just over $1 billion in 2018.

Real Estate: In October 2020 Wes paid $20 million for an apartment in New York City. The 7,000 square-foot condo had at one point been listed for $50 million. The apartment has a private 2,000 square-foot rooftop terrace. From 1993 to 2017 he owned an apartment overlooking Central Park West. He sold this apartment to Bruce Willis in 2017 for $17 million.