What Is Trish Regan's Net Worth and Salary?

Trish Regan is an American television host, author, and finance journalist who has a net worth of $30 million. Regan is probably most famous for her work as a journalist for various networks including CBS, NBC, CNBC, and Fox. Trish's salary at Fox Business Network was $8 million per year.

Regan hosts the daily podcast "Trish Intel," and she publishes a monthly magazine called "American Consequences." She directed the 2009 documentary "Marijuana Inc: Inside America's Pot Industry" and published the book "Joint Ventures: Inside America's Almost Legal Marijuana Industry" in 2011. The Northern California Society of Professional Journalists honored Trish with the Most Outstanding Young Broadcast Journalist Award in 2002, and in 2007, she earned a News & Documentary Emmy Award nomination for Outstanding Investigative Journalism in a Regularly Scheduled Newscast for "CBS Evening News with Bob Schieffer."

Regan is the founder of the news publishing company Trish Regan Intel.

While at Fox she veered into controversy on a number of occasions. The biggest controversy, and the one that ultimately led to her downfall, was related to the coronavirus pandemic. Trish was one of the most vocal detractors of people who were sounding alarm bells about the oncoming virus. On March 9 she claimed the virus was a scam cooked up by Democrats to hurt President Donald Trump. Within a very short time after making comments that called the virus a scam, the virus had become a global pandemic. On March 13 her show went on hiatus. She was fired on March 27.

Regan's first job out of college was at investment bank Goldman Sachs. She also spent time at the hedge fund D.E. Shaw & Co before leaving to become a full time journalist. In 2001, Trish was hired by CBS Marketwatch, and she served as a business correspondent for "CBS Evening News" until 2007. She also worked as a correspondent for "CBS MoneyWatch." After she left CBS for CNBC, Regan primarily created long-form documentary programs on a wide range of subjects, and she earned a Best Documentary Emmy nomination during her time at the network as well as a Gerald Loeb nomination for "Against the Tide: The Battle for New Orleans."

From 2012 to 2015, Trish worked as an anchor for Bloomberg Television and hosted the daily show "Street Smart with Trish Regan." 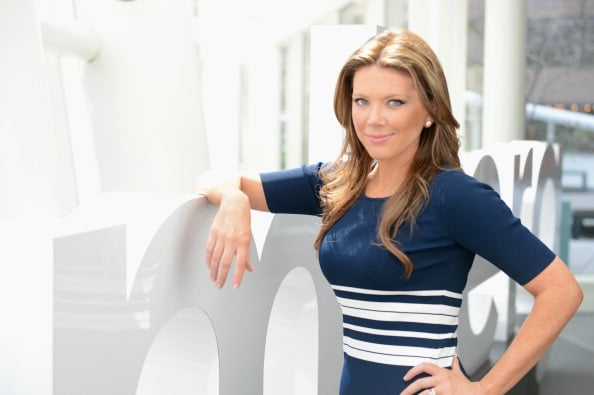 In 2015, she was hired by Fox News/Fox Business to anchor the weekday program "The Intelligence Report with Trish Regan," which eventually morphed into "Trish Regan Primetime." When she moved to Fox her salary was boosted to a career-high $8 million per year.

While at Fox, Regan veered into controversy on a number of occasions. The biggest controversy, and the one that ultimately led to her downfall, was related to the coronavirus pandemic. Trish was one of the most vocal detractors of people who were sounding alarm bells about the oncoming virus. On March 9, 2020, she claimed the virus was a scam cooked up by Democrats to hurt President Donald Trump. Shortly after making comments that called the virus a scam, the virus had become a global pandemic. On March 13th, her show went on hiatus, and she was fired on March 27th.

What was Trish Regan's salary per year? $8 million.

Since her departure from Fox, Regan has appeared on "The Chris Salcedo Show," "John Bachman Now," "Eric Bolling the Balance," and "Spicer & Co." In August 2020, she posted a message on her website titled "A Message From Trish: I'm Back!," in which she stated, "I am thrilled to be here, with you, ON MY OWN. Outside of an institution. This is all me… my point [of] view, my analysis and my opinions that I'm writing and speaking for you free from any institutional baggage."

Trish began a relationship with investment banker James A. Ben after meeting at her cousin's wedding, and they married on August 15, 2001. They welcomed twin daughters Elizabeth and Alexandra on December 8, 2009, and son Jamie on July 12, 2012.

In 2018, Regan and Ben sold their 2,500 square foot Manhattan apartment for $5.625 million. They purchased the home for $3.95 million four years earlier and added soundproof windows, a dual-zone climate system, and more as part of a "comprehensive renovation process." After selling the apartment, the couple bought a five-bedroom, 8000+ square foot home in Westport, Connecticut, for more than $4.3 million. 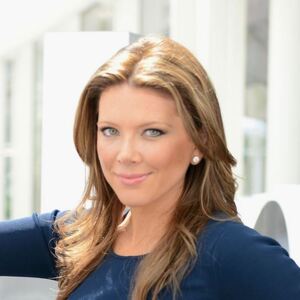