Susie Gharib net worth: Susie Gharib is an American business news journalist and television anchor who has a net worth of $4 million. Susie Gharib was born in 1950. She graduated from Case Western Reserve University and earned a master's degree from Columbia University. Gharib has worked for CNBC, NBC, WABC-TV New York, and ESPN.

She started off as a business journalist at Fortune magazine and was a senior writer an associate editor. Gharib also worked as a reporter at Newsweek, The Plain Dealer, and the Associated Press. She joined CNBC's Nightly Business Report in 1998 where she is a co-anchor. Gharib won the 2001 Gracie Allen Award for being the top anchorwoman of a national news program and also won the Front Page Award in 2002 and 2007 from the Newswoman's Club of New York. TJFR named her one of the nation's 100 most influential business journalists. 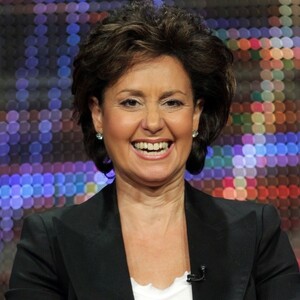