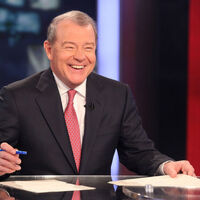 What is Stuart Varney's Net Worth and Salary?

Stuart Varney is a British economic journalist who has a net worth of $14 million. Stuart Varney is the host of "Varney & Co.," which features coverage of current events and market news. Prior to joining Fox in early 2004, Varney worked at Radio Hong Kong and KEMO-TV in San Francisco, and then hosted a number of financial shows on CNN and CNBC. Varney helped launch CNN's business news team in 1980 and hosted many of their financial programs including Your Money, Business Day and Business Asia. His reporting and analysis of the stock market crash of 1987 helped earn CNN a Peabody Award for excellence in journalism.

For his work at Fox, Stuart Varney's annual salary is $4 million.

Stuart Varney was born on July 7, 1948 in Derby, Derbyshire, England. Following his time in secondary school, he spent a year working in Nairobi, Kenya. Varney went on to attend the London School of Economics, from which he graduated.

Varney began his career in broadcast journalism at Radio Hong Kong. After that, he moved to San Francisco, where he worked at KEMO-TV. In 1980, Varney was recruited to join the Manhattan bureau of CNN, which had just been created. For the cable news channel, he hosted such financial shows as "Business Day" and "Business Asia," and co-hosted the political and financial talk program "Moneyline" with Willow Bay. Following his departure from CNN in 2001, Varney moved to CNBC to host "Wall Street Journal Editorial Board with Stuart Varney." 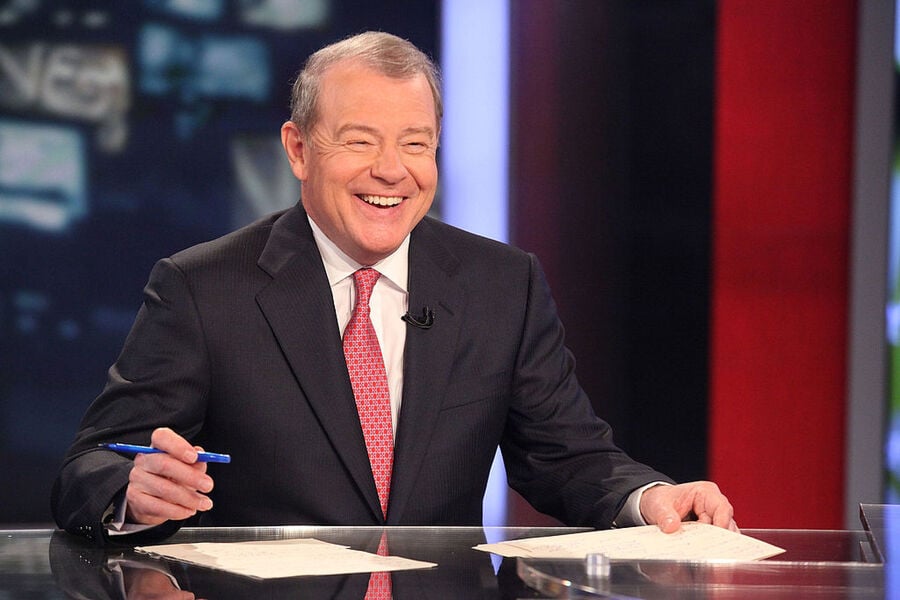 In early 2004, Varney joined the business team at Fox News. Three years later, he became an anchor for the newly launched Fox Business Network. On the network in 2010, he began hosting "Varney & Co.," a news and talk show featuring coverage of current events and the markets. Ashley Webster serves as a guest host, contributor, and correspondent, while Susan Li and Lauren Simonetti have been anchors. A number of political figures, celebrities, and economists have appeared on the show over the years. The most frequent guests have been journalist Nicole Petallides and conservative political commentator and former White House press secretary Kayleigh McEnany. Other notable guests have included automotive designer Henrik Fisker, business and news reporter Sandra Smith, and Olympic champion soccer player Abby Wambach.

Elsewhere on the Fox channels, Varney serves as a regular panel member on the Fox Business show "Cashin' In." He has also made many appearances on the Fox News program "Your World with Neil Cavuto," and has served as a guest host on the show on occasion.

In an interview on Fox News in 2013, he drew derision for his disparaging comments about financially disadvantaged people, admitting that he was "being mean to poor people."

In 1992, Varney began dating a woman named Deborah, whom he reportedly met at a pub. The pair got married the next year. Together, they had six children, four boys and two girls, before getting divorced in 2014 due to Varney's infidelity with a Florida woman named Jennifer Shibley, whom he had been seeing for nine years.

Although he's a native Brit, Varney ultimately found his calling as an ally of conservative American politics. He has lived in the United States since 1974, and became a citizen of the country in late 2015.

During the week, Stuart lives in New Jersey so he can quickly commute to Fox's studios in Manhattan. He appears to own a suburban home in Franklin Lakes, New Jersey which was purchased in 1995 for $670,000 AND a condo in Hoboken, right across the water from Manhattan.

Stuart also owns an 1,100-acre farm in Deposit, New York. He bought the former dairy beef farm in 2002. The property features approximately 250,000 trees, including red oak, maple and black cherry. Stuart harvests around 1,000 trees every year to be made into furniture. Speaking to the New York Forest Owners Association, Stuart said:

He has also said he was attracted to the property because in his native England, one would have to be a billionaire to afford a 1,000+ estate.