What is Stephen Schwarzman's net worth and salary?

Stephen Schwarzman is an American businessman who has a net worth of $35 billion. That net worth makes him one of the richest people in New York. Stephen earned his fortune thanks to The Blackstone Group which he co-founded. He currently owns 19% of the publicly-traded Blackstone which has a market cap north of $150 billion and manages more than $650 billion in assets.

Stephen Schwarzman was born in Philadelphia, Pennsylvania on February 14, 1947. After graduating from Yale University he went on to earn his Masters in Business Administration from Harvard Business School.

He began his career in finance while still in college, and then began working for Lehman Brothers after completing his graduate school education. Immediately after college he took a job with Dunaldson, Lufkin & Jenrette. After business school he back to Lehman brothers. At age 31 he was named managing director. He eventually went on to become the Head of Global Acquisitions and Mergers. While at Lehman he met and befriended his boss, Peter G. Peterson.

The Blackstone Group went public in 2007 as a publicly traded partnership. According to a securities filing, in the year before the public offering Stephen earned around $398 million in compensation. He sold $684 million worth of his shares at the IPO and maintained a stake worth $9 billion at that point.

In 2019 the company converted into a more traditional publicly traded C-type corporation. 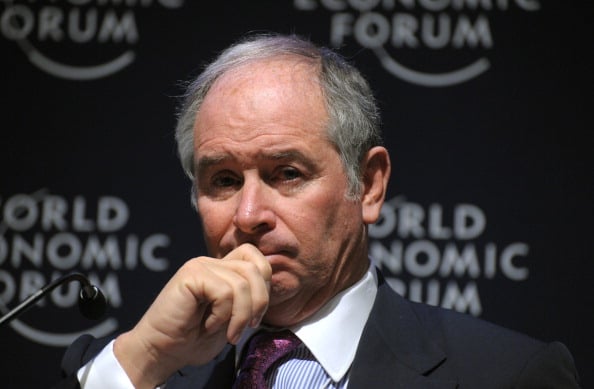 In 2021 Stephen Schwarzman earned $1.1 billion in compensation. The majority of that compensation, roughly $941 million, was earned in the form of dividends. He earned $160 million thanks to a performance milestone bonus. His base salary is $350,000.

That 2021 compensation total is one of the largest-known single-year amounts paid to an executive.

Stephen famously pays for the education of over a hundred disadvantaged children in New York City every year. Known as the Schwarzman Scholars, he personally reviews their report cards and writes to each student every semester.

In 2008 he donated $100 million towards expanding the New York Public Library.

In 2013 he made a $100 commitment to the continuation of Schwarzman Scholars.

In 2018 he donated $350 million to the Massachusetts Institute of Technology to create the Schwarzman College of Computing.

He has donated hundreds of millions of dollars to other charities, foundations and institutions. He is also a member of The Giving Pledge, which means he will ultimately donate the majority of his personal wealth to charity.

Stephen is a lifelong Republican and close friend of former President Donald Trump. Her served as the chair of President Trump's Strategic and Policy Forum. Within less than a year the Forum was disbanded by Trump.

He has donated tens of millions of dollars to Republic candidates and conservative PACs.

Schwarzman and his first wife Ellen Phillips were married from 1971 to 1990. They have two children together.

In 1995 he married a lawyer named Christine Hearst. She has a child from a previous marriage.

Stephen and Christine split their time between a triplex apartment located at 740 Park Avenue and a mansion in Palm Beach, Florida. They paid $20.5 million for the Palm Beach mansion in 2003. Today the home is likely worth north of $100 million. They paid $30 million for the New York City apartment in 2000. At the time it was the highest amount paid for a property on Park Avenue.