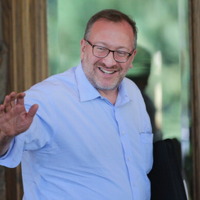 Seth Klarman Net Worth: Seth Klarman is an American investor who has a net worth of $350 million. The founder of the Baupost Group, a Boston-located private investment partnership, he made a name for himself as a value investor that excels at avoiding leverage and holding cash. He even wrote a book on the topic, aka the new bible of value investing, titled "Margin of Safety: Risk-Averse Value Investing Strategies for the Thoughtful Investor". Born on May 21, 1957, Seth Klarman was raised in a Jewish family in Baltimore, and acquired the basis of his investing knowledge at Cornell University and Harvard Business School. It was in 1982 that he set up his Baupost Group through which he has consistently achieved high returns by using unconventional strategies. Preferring to keep a low profile, Seth Klarman also started his Klarman Family Foundation (worth $255 million in assets), to support scientific research, promote access to music learning and back causes in Israel.