Roger Altman net worth: Roger Altman is an American investment banker who has a net worth of $400 million. Roger Altman was born in Brookline, Massachusetts in April 1946. He served as the United States Deputy Secretary of the Treasury under President Bill Clinton from January 1993 to August 1994. Altman is a Democrat who graduated from Georgetown University and the University of Chicago. He is the founder of Evercore and also serves as the senior chairman. Altman was also the Assistant Secretary of the Treasury during the Carter administration from 1977 to 1981. He resigned from his post as Deputy Secretary of the Treasury in 1994 during the Whitewater controversy. Roger Altman has authored pieces including The Great Crash, 2008: A Geopolitical Setback for the West, Obama's Business Plan, American Profligacy and American Power: The Consequences of Fiscal Irresponsibility, and The Fall and Rise of the West: Why America and Europe Will Emerge Stronger From the Financial Crisis.

When Evercore went public in 2006, Altman's 13%  stake was worth $90 million by the end of the first day of trading. Today his stake is worth around $300 million. At the stock's all-time low in January 2008, his shares sank to being worth around $30 million. 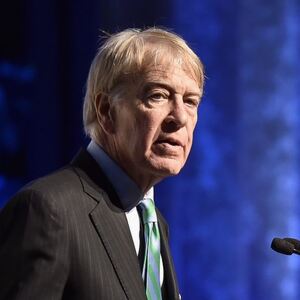