Rick Santelli net worth and salary: Rick Santelli is an American television personality who has a net worth of $8 million dollars. Rick Santelli was born in Chicago, Illinois in January 1953. He is an editor for the CNBC Business News network and is known for helping create the Tea Party movement. He graduated from the University of Illinois at Urbana-Champaign. He was mentored by RJ Abrams and learned about futures trading, customer relations, and foreign exchange. Santelli joined the Chicago Mercantile Exchange in 1979. He became Vice President of Interest Rate Futures and Options. He joined CNBC in 1999. In 2009 he made a remark about the possibility of a Chicago Tea Party. His comment is credited by some people as the launch of the Tea Party movement. Some have felt that the event was staged and compared him to the fictional reporter Howard Beale. Rick contributes to CNB's "Squawk on the Street". He is married and has three daughters. 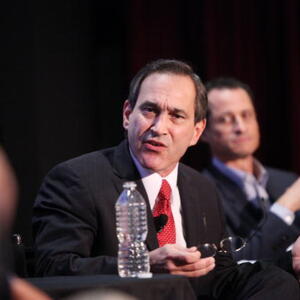