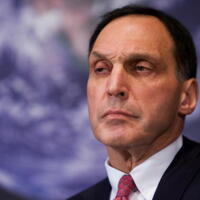 What is Richard Fuld Net Worth?

Richard Fuld is an American banker who has a net worth of $250 million. Richard "Dick" Fuld is best known as the final Chairman and Chief Executive Officer of Lehman Brothers. He lost these positions after 14 years of service when Lehman Brothers filed for bankruptcy in the midst of the financial crisis in 2008. Publications such as CNN and Time subsequently listed Fuld as being among the individuals most responsible for the economic collapse.

During his time at Lehman, Dick Fuld was awarded around $900 million in potential compensation (mostly stock). He cashed out a reported $530 million of his various forms of compensation before the company went bust. At his peak, his stock in Lehman Brothers combined with his other assets made him briefly a billionaire. Lehman's bankruptcy wiped whatever shares he still held and any unvested shares. 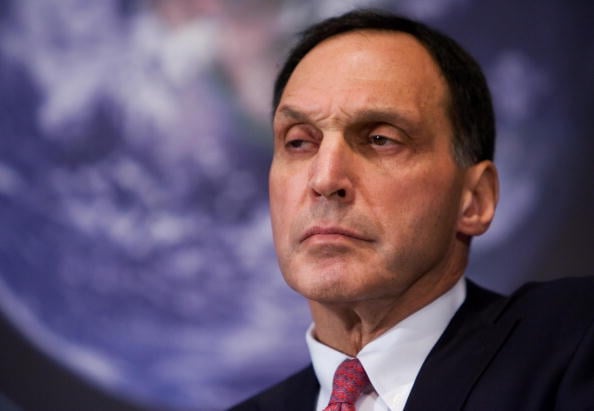 Richard Fuld Jr. was born on April 26, 1946 in New York City to Jewish parents. As a teen, he went to Wilbraham & Monson Academy in Massachusetts. Following his graduation, Fuld attended the University of Colorado Boulder, where he was part of the Naval Reserve Officer Training Corps program. In 1969, he graduated with both a BA and BS from the school. Fuld went on to enroll at New York University's Stern School of Business, from which he graduated with his MBA in 1973.

Fuld began his career as a US Air Force pilot; however, he lost his job after getting into a fistfight with a commanding officer.

In 1969, the year of banker Robert Lehman's passing, Fuld joined the investment bank Lehman Brothers. There, he cultivated a reputation as a successful fixed-income trader. During Fuld's tenure, he saw and participated in many of the firm's major evolutions, including its mergers with E.F. Hutton and Kuhn, Loeb & Co. and its acquisition by American Express. When Lehman Brothers spun off from American Express in 1994, Fuld became the firm's new CEO and chairman. He went on to turn the fortunes of Lehman Brothers around, posting 14 consecutive years of profits. Additionally, Fuld led the firm through the Asian financial crisis of 1997.

By 2007, Fuld was the longest-tenured CEO on Wall Street, and had earned close to $500 million in compensation since 1993. However, disaster was right around the corner. Although he was lauded for his job handling the beginning of the subprime mortgage crisis, Fuld had underestimated the impact the US housing market's decline would have on Lehman. As the firm's share price fell, Fuld received criticism for not going through with a number of proposed deals that would have shored up the fortunes of Lehman Brothers. Consequently, the firm became a casualty of the global financial crisis, and filed for bankruptcy in September of 2008. Notably, it was the largest bankruptcy filing in the history of the United States, involving over $600 billion in assets.

In the aftermath of the bankruptcy filing, the Dow Jones Industrial Average dropped by 4.5% in one day, marking the biggest decline since the 9/11 terrorist attacks up to that point. Meanwhile, money market mutual funds experienced mass withdrawals, and the interbank lending market tightened. Fuld and 11 other Lehman Brothers executives were issued grand jury subpoenas in connection to federal criminal investigations alleging securities fraud at the firm. Fuld went on to testify before the US House Committee on Oversight and Government Reform. The investigation ultimately found that while Lehman's business decisions leading up to the financial crisis were mostly sound, the firm's manipulation of financial statements and accounts was questionable. Fuld was named by both CNN and Time as one of the people most responsible for causing the 2007-08 financial crisis.

Following the collapse of Lehman Brothers, Fuld joined the New York City firm Matrix Advisors. Under his leadership, the firm grew to around 24 employees by the summer of 2015. By the following year, Matrix had $100 million in assets under management. The firm subsequently opened offices in Palm Beach and Los Angeles. Among his other positions, Fuld was employed by the investment banking firm Legend Securities from 2010 to early 2012. He also sits on the board of trustees of the NewYork-Presbyterian Hospital.

In the media, Fuld appeared as himself in the 2010 Oscar-winning documentary "Inside Job," about the 2007-08 financial crisis. He has also been portrayed by actors in fictionalized accounts of the crisis, with Corey Johnson playing him in the BBC film "The Last Days of Lehman Brothers" and James Woods portraying him in the HBO film "Too Big to Fail."

Richard Fuld has been married to Kathleen Ann Bailey since 1978. They have three children.

Fuld also at one point owned a 71-acre estate in Sun Valley, Idaho that he auctioned off for a little over $20 million in 2015.