Peter Schiff Net Worth: Peter Schiff is an American businessman, broker, author, and commentator who has a net worth of $70 million dollars. Peter Schiff was born in New Haven, Connecticut, in 1963, and earned his accounting and finance degree from the University of California-Berkeley in 1987. He started his career in the finance world as a stockbroker until he and a partner acquired an old brokerage firm and took it over. Named Euro Pacific Capital, it began in Los Angeles before moving to Connecticut in the mid-2000s. Schiff is Euro Pacific Capital's CEO and chief global strategist. He gained international attention for correctly predicting the housing crisis of 2008. Schiff is a frequent financial commentator on networks such as CNBC, Fox News, and Bloomberg TV. He hosts his own radio show broadcast over the Internet called "The Peter Schiff Show". He frequently takes a bullish approach to commodities and foreign finances, with a bearish view on the U.S. dollar and economy. The six-time author's 2007 book, "Crash Proof: How to Profit From the Coming Economic Collapse", is a "New York Times" bestseller. In 2010, he ran for the U.S. Senate seat in Connecticut during the Republican Primary, but lost to Linda McMahon. He lives in Connecticut with his wife, Lauren, and their two children. 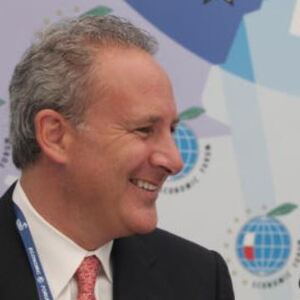