Paul Tudor Jones net worth and salary: Paul Tudor Jones is an American businessman who has a net worth of $4.3 billion. Paul Tudor Jones gained his net worth by being the founder of Tudor Investment Corporation, which is a management company for various private investment partnerships. Paul Tudor Jones II was born in Memphis, Tennessee in September 1954. He is the founder of the private asset management company and hedge fund Tudor Investment Corporation. He is the 108th richest American and the world's 345th richest person. Jones is also the founder of the Robin Hood Foundation. He earned a degree in economics from the University of Virginia in 1976. Jones was also a welterweight boxing champion. In 1976 he worked as a clerk at E.F. Hutton and later became a broker. Jones started Tudor Investment Corporation in 1980. He predicted Black Monday in 1987 and tripled his money during the event. Jones was featured in the 1987 film TRADER: The Documentary. He married Sonia Klein in 1988 and the couple has four children. Jones is a philanthropist and founded the Excellence Charter School which was the country's first all-boys charter school. He also founded the Bedford Stuyvestant I Have A Dream Foundation. He made a $35 million donation to University of Virginia and was a key figure in the firing of the school's president in 2012. He is a former chairman of the National Fish and Wildlife Foundation and is a chair for the Everglades Foundation. He plead guilty in 1990 to filling protected wetlands on his estate. His Robin Hood Foundation was founded to focus on reducing poverty. 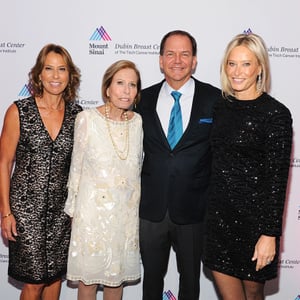