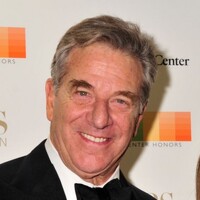 What is Paul Pelosi's Net Worth?

Paul Pelosi is an American businessman who has a net worth of $120 million. Paul Pelosi is best known for being married to United States Senator Nancy Pelosi. They have been married since 1963 and have five children.

Paul Pelosi has earned a substantial fortune as the founder of the San Francisco-based real estate and venture capital investment and consulting firm Financial Leasing Services. He is also known for owning the now-defunct Sacramento Mountain Lions of the United Football League. Paul Pelosi originally invested in the UFL's Oakland Invaders before buying the California Redwoods for $12 million before the team became the Mountain Lions. Pelosi also sits on many corporate and philanthropic boards and owns large stakes in companies like Facebook, Apple, Comcast and Disney.

In recent years Paul has been involved in a handful of notable incidents that we detail later in this article. In May 2022 Paul was arrested for causing an accident while driving under the influence in Napa County, California. Just four months later, in October 2022, Paul was attacked at their San Francisco mansion by a home invader.

According to her most recent wealth disclosure, Nancy and Paul Pelosi estimated their personal net worth to fall somewhere in the range of $43 million and $202 million depending on the value of real estate assets, stock investments and other private assets.

Paul and Nancy's real estate assets include multiple homes in California, primarily in San Francisco and Napa. Their real estate portfolio is worth north of $25 million.

Paul Pelosi was born on April 15, 1940 in San Francisco, California. He has an older brother named Ron, who has worked in finance, mediation, and arbitration. After graduating from St. Ignatius High School, Pelosi went to Georgetown University in Washington, DC, earning his bachelor of science degree in foreign service. During his time attending Georgetown, Paul met Nancy Patricia D'Alesandro, a student a nearby Trinity University.

He went on to attend New York University's Stern School of Business, from which he obtained his MBA.

Pelosi's biggest success as a businessman has been Financial Leasing Services, a real estate and venture capitalist investment and consulting firm headquartered in San Francisco. Through the company, he and his wife have accumulated a personal fortune exceeding $100 million. Beyond this business, Pelosi has been the chair of the Foreign Service Board at his alma mater of Georgetown University since 2009. He also has shares in such major companies as Apple, Facebook, Walt Disney, Comcast, Microsoft, Nvidia, Amazon, and the real estate group Russell Ranch. His biggest investment came in June of 2021, when he purchased around $4.8 million worth of shares in Alphabet, the company that owns Google.

Among his other business ventures, Pelosi invested in the United States Football League's Oakland Invaders, and purchased the California Redwoods in 2009 for $12 million. Later, the Redwoods moved to Sacramento and became the Sacramento Mountain Lions. Pelosi owned the team until the United Football League folded midway through the 2012 season, losing him around $5 million. 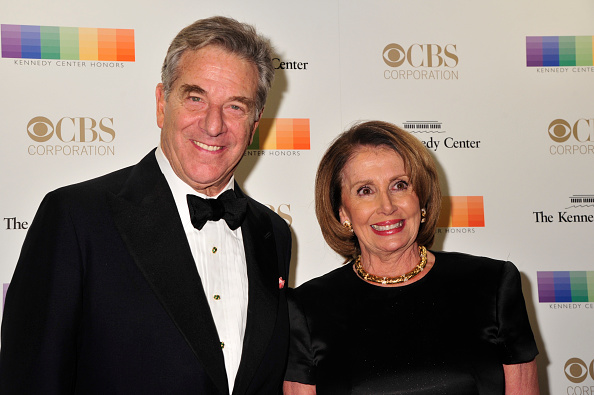 In 1963, Pelosi wed Nancy D'Alesandro in Baltimore, Maryland at the Cathedral of Mary Our Queen. Nancy Pelosi serves as the 52nd Speaker of the United States House of Representatives. Together, the couple has five children: Nancy, Christine, Jacqueline, Paul, and Alexandra. The lattermost child is a journalist, writer, and documentary filmmaker; her films include "Diary of a Political Tourist," "The Trials of Ted Haggard," "Fall to Grace," and "Outside the Bubble: A Roadtrip with Alexandra Pelosi," all of which were produced for HBO. Christine, meanwhile, is a Democratic strategist in California, and Paul Jr. is an investor who was charged with securities fraud in 2014 in relation to his company Natural Blue Resources.

Overall, Pelosi prefers to stay away from the eye of the media, and also tries to keep out of the world of politics that his wife is involved in. However, he did get involved in 1986 when Nancy ran for the House to represent the 5th district of California. Additionally, Pelosi sometimes appears at campaign events in the state.

The short answer is no, Paul Pelosi is not Gavin Newsom's uncle. But several decades ago, there was a very close family connection.

As we mentioned earlier, Paul has a brother named Ron Pelosi. In 1956 Ron married Barbara Newsom, Gavin's father's sister. Also known as his aunt. Ron and Barbara divorced in 1977. So from his birth to the age of 10, Nancy Pelosi was Gavin Newsom's uncle-by-marriage's, sister-in-law.

To understand this in your own terms, do you have an aunt? Let's pretend you have an aunt named Katie. Imagine your aunt Katie was at one point married to a guy named Joe Example. While they were married, Katie and Joe Example would be your aunt and uncle. Now let's say Joe has a brother named Bill. And let's say Bill Example was married to a woman named Sarah. No reasonable person would consider Bill Example an uncle. And on no planet would anyone ever consider Bill's wife Sarah Example to be an aunt. Oh and keep in mind, to be consistent now also imagine Katie and Joe Example divorced 50 years ago.

With his wife, Pelosi shares a combined home and vineyard in St. Helena, California valued between $5 million and $25 million. They also have a townhome in Norden, and own two commercial buildings in San Francisco.

In May 2022 Paul Pelosi was driving his Porsche SUV under the influence in Napa County and caused an accident with another car at an intersection. He was arrested at the scene and spent the evening in jail. In August 2022 Paul pleaded guilty to DUI and was subsequently sentenced to pay a $6,800 fine, serve five days in jail and serve three years of probation.

On October 28, 2022 Paul was attacked at their home in San Francisco by a deranged man with a hammer. Paul spent several days in the hospital after undergoing skull surgery.