Paul Krugman net worth: Paul Krugman is an American economist and author who has a net worth of $2.5 million dollars. Born in Albany, New York, Paul Krugman earned his B.A. in Economics from Yale University, and then went on to earn his Ph.D. from MIT. He began developing his theories on economics while completing his doctorate, and after graduating he began teaching at various universities, including MIT, Princeton, Yale, the London School of Economics, and Stanford.

He also worked as an economic advisor to the Reagan administration for a year in the early 80s. He currently serves as Professor of Economics and International Relations at Princeton University, and as Centenary Professor at the London School of Economics. He is most widely recognized for his research and theories with regards to New Trade Theory and New Economic Geography, and he was awarded the Nobel Memorial Prize in Economic Sciences in 2008. 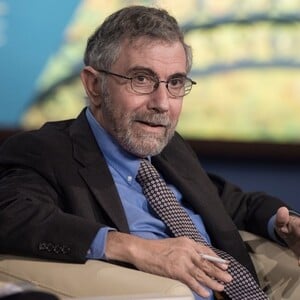