How much is Oscar Schafer Worth?

Oscar Schafer Net Worth: Oscar Schafer is an American businessman who has a net worth of $500 million. One of the richest Americans today, Mr. Schafer is the Managing Partner of O.S.S Capital Management LP, a private investment partnership that he co-launched in 2001. Long before he turned into a notable Wall Street professional, Schafer took a BA, Magna Cum Laude, from Harvard College in 1961, and then received an MBA from Harvard Business School in 1964. By 1970, he joined Steinhardt Partners where he served as an analyst. Mr. Schafer went on to become a Member of Cumberland Associates, as well as a longtime participant in the Barron's Roundtable of top money managers. Furthermore, Mr. Schafer has secured a seat on the Board of Trustees of New York-Presbyterian Hospital and serves as President of the Schafer Family Foundation, which gives support to the arts and various social service organizations. Oscar Schafer's wife, Didi Fenton-Schafer, is also an active philanthropist and charity supporter. Among other things, she is on the Board of the Central Park Conservancy and the Second Stage Theater. 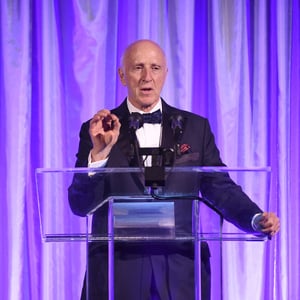