What is Olivier Sarkozy's Net Worth and Salary?

Olivier Sarkozy is a French investment banker who has a net worth of $70 million. Olivier became notable after he began dating "Full House" actress Mary-Kate Olsen. Their age difference is 17 years. Olivier and Mary-Kate married in 2015 in a private ceremony. In April 2020 Mary-Kate filed for divorce. Olivier is the half-brother of the former President of France, Nicolas Sarkozy.

Olivier primarily resides in the United States and has worked in many major bank merger, recapitalization, and investing deals. From 2008 to 2016 he served as Managing Director and co-head of Global Financial Services for asset management firm The Carlyle Group. The Carlyle Group, which has over $50 billion in funds under management, invests in a wide range of industries including real estate, retail, telecommunications, media, healthcare and more. Prior to joining The Carlyle Group, Sarkozy spent 11 years at investment bank Credit Suisse First Boston. He also worked at Swiss banking firm UBS from 2003 until he joined Carlyle in 2008.

Sarkozy was born on May 26, 1969 in Paris, France. His mother was a French woman named Christine de Ganay and his father was a nobleman of Hungarian descent named Pal Sarkozy de Nagy-Bocsa. His father had been married before and already had three children, including his half-brother Nicolas. Oliver and Nicolas did not live together during their childhood but they did meet weekly and became close. His mother divorced his father and then remarried an American diplomat when Sarkozy was seven years old. He then spent the majority of his childhood outside of France, living both in Zambia and in Egypt. As he got older, he attended a boarding school in the United Kingdom and then enrolled at the University of St. Andrews where he earned a master's degree in medieval history.

Sarkozy's first job in banking came in 1990 when he was hired by the American investment bank Dillon, Read & Co. After working there for three years, he then joined Credit Suisse First Boston (CSFB). While at this bank, he rose through the ranks and held several senior positions, including Managing Director in the Financial Institutions Group.

His time with CSFB allowed Sarkozy to gain substantial experience overseeing mergers and acquisitions. He advised Wachovia in a large merger with First Union while Wachovia was also defending itself against competing proposals from Suntrust. He was also heavily involved in the merger between Dime Bancorp and Washington Mutual, CoreStates Financial's sale to First Union, and the merger between Wells Fargo and Northwest Corporation. 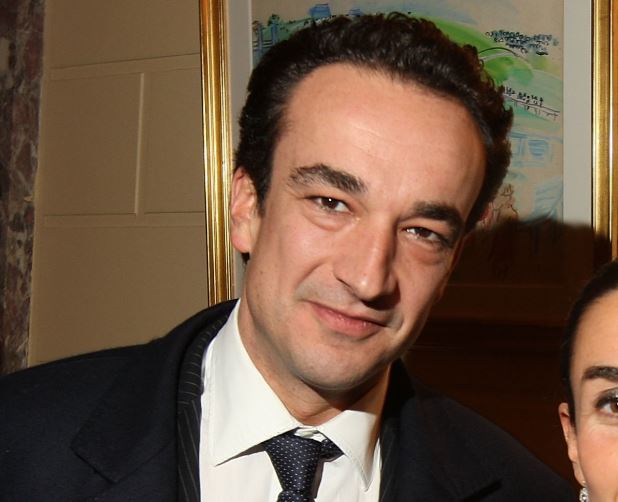 His next career move was in January 2003 when he joined the UBS Investment Bank as their Global Co-Head of the Financial Institutions Group. In this position, he worked on SallieMae's attempt to go private as well as its subsequent recapitalization. He was involved in ABN Amro's sale of LaSalle Bank to Bank of America for a sum of over $21 billion and he oversaw the $17 billion merger between Mellon and Bank of New York. He also managed Charles Schwab's sale of U.S. Trust to Bank of America and the $36 billion sale of MBNA to Bank of America. Additionally, he oversaw the acquisition of Southtrust by Wachovia for a sum of over $14 billion, the sale of National Commerce to Suntrust, and the merger between Regions Financial and Union Planters.

He has also overseen a number of recapitalization deals, including that of CIBC's for $2.9 billion deal and of Sallie Mae's for $3 billion. Additionally, he has taken a lead role in other important financial and banking transactions, including the placement of equity securities by Dime Bancorp to Warburg Pincus as part of their defense against North Fork's hostile tender offer. This deal represented the largest recapitalization in history,

In March of 2008, Sarkozy was appointed the Co-head and Managing Director of the Carlyle Group's Global Financial Services Group. He remained in this position for a number of years before resigning in May of 2016. He remains on the Board of Directors of BankUnited.

In the 1990s, Sarkozy married girlfriend Charlotte Bernard. Bernard grew up in Paris and worked as a writer, authoring children's books as well as articles on the topic of fashion. Sarkozy's brother, Nicolas, officiated the marriage as he was then serving as the mayor of Neuilly-sur-Seine. The couple had two children together, Margot and Julien. After a fourteen-year marriage, the couple separated in 2010 and then divorced the following year.

In May of 2012, Sarkozy began dating Mary-Kate Olsen, the former child actress and current fashion designer. Their relationship sparked media attention, considering the considerable 17-year age difference between the two, and speculation about the seriousness of their relationship only grew when Olsen was photographed in March of 2014 wearing what appeared to be an engagement ring. After dating for three years, the two married in November of 2015 in New York City at a private residence. In April of 2020, Olsen filed for divorce, which was then finalized in January of 2021 after experiencing a number of delays due to the Covid-19 pandemic. The couple cited that they had grown apart over their five year marriage, though nothing specific had occurred to cause the split, which was mutual and amicable. During the divorce proceedings, Sarkozy helped his ex-wife and family to move into the home in Bridgehampton that he had shared with Olsen. The couple also had shared an apartment on the Upper East Side of New York City.

Olivier then moved into a $6.25 million townhouse of his own. Located on East 10th Street in Manhattan, the property is actually one half of a matching pair of homes designed by famed architect, James Renwick. The townhouse is 4,200 square feet and five stories tall. It contains five bedrooms, three and half bathrooms, two living rooms, and a stunning terraced garden. Olivier Sarkozy's house also features a wine cellar, a second floor balcony, multiple fireplaces, and a lovely winding staircase.

In 2014 Olivier paid $13.5 million for a townhouse in NYC's Turtle Bay Gardens. He proceeded to perform a massive renovation of the property, ultimately resulting in an 8,000 square-foot home that includes a ball room and outdoor garden area. He sold this property in August 2022 for $10.25 million.