What is Michael Steinhardt's Net Worth?

Michael Steinhardt is an American hedge fund manager, investor, publisher, and philanthropist who has a net worth of $1.2 billion dollars.

Born in Brooklyn, New York, in 1940, Michael Steinhardt graduated from the University of Pennsylvania's Wharton School before founding Steinhardt, Fine, Berkowitz & Co. in 1967. It made him one of the country's most well known hedge fund managers. That group, later named Steinhardt Partners, averaged a 24.5% annualized return rate for clients.

In the early '90s, the company came under federal investigation over accusations the firm attempted to manipulate the short-term Treasury Note market. Steinhardt Partners was subject to a $70 million fine. Steinhardt paid 75% of the fee, though never admitted to wrongdoing.

At the end of 1995, the hedge fund shut down, and Steinhardt went into retirement for nearly a decade. In 2004, he took a job with Index Development Partners, Inc., which soon became WisdomTree Investments, where Steinhardt is now chairman.

He is an active philanthropist for predominantly Jewish causes, including Taglit-Birthright Israel, New York University's Steinhardt School of Culture, Education and Human Development, and the American Hebrew Academy. His autobiography, "No Bull: My Life in and out of Markets", published in 2001. The antique arts collector has three children with his wife, Judy. 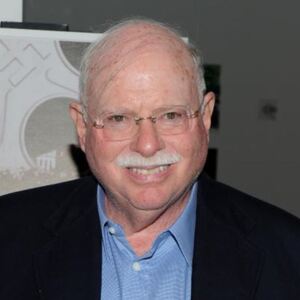