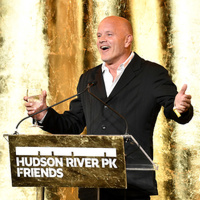 What is Michael Novogratz's Net Worth?

Michael Novogratz is an American investment banker who has a net worth of $1 billion. Mike Novogratz serves as the CEO of the cryptocurrency investment firm Galaxy Investment Partners. Previously, he was a partner at Goldman Sachs and worked at Fortress Investment Group. Among his other ventures, Novogratz is the founder and chairman of the non-profit organization Beat the Streets.

Michael Novogratz was born on November 26, 1964 in Alexandria, Virginia as the third of seven siblings. His siblings are Robert Jr., Amy, Jacqueline, John, Elizabeth, and Matty. His father, Robert Sr., formerly played as a football lineman at West Point, where he won the Knute Rockne Award for best lineman in 1958. Novogratz and his siblings spent some time growing up in Heidelberg, Germany, where their father was stationed in the military.

As a teen, Novogratz went to Fort Hunt High School. There, he participated in wrestling. After graduating, he went on to attend Princeton University, where he served as the school's wrestling captain. In both 1986 and 1987, Novogratz was named to the first-team All-Ivy League and qualified for the NCAA wrestling championships. He graduated from Princeton with a degree in economics.

After college, Novogratz spent some time as a helicopter pilot in the New Jersey National Guard. Later, in 1989, he joined the financial services company Goldman Sachs as a short-term bond salesman. In 1992, Novogratz moved to Asia and became a salesman for Goldman in Tokyo, Japan. Following this, he was sent to Hong Kong to operate a trading desk for the company. Novogratz became a partner at Goldman in 1998. Among his other positions at the firm, he served as president of Goldman Sachs Latin America and was the head of fixed income, currencies and commodities risk in Asia. One year after Goldman went public in 1999, Novogratz left the company; his decision was due to his "partying like a rockstar," in his own words.

In early 2002, Novogratz joined the firm Fortress Investment Group, which was founded in 1998 as a private equity firm. It soon expanded to encompass hedge funds, debut securities, and real estate. At Fortress, Novogratz served as co-CIO of the Macro Funds division alongside Jeff Feig, and then as principal and director of the firm's Credit Corporation. With Robert Kauffman, Wesley Edens, Peter Briger Jr., and Randal Nardone, Novogratz took Fortress public in February of 2007 by selling an 8% share for $600 million. He left the company in late 2015. 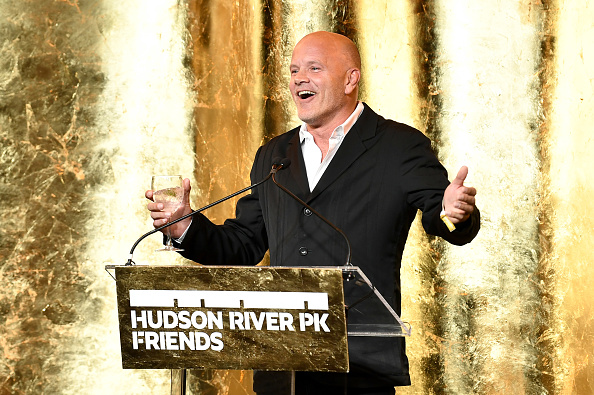 Following his departure from Fortress, Novogratz founded and became the CEO of the cryptocurrency investment firm Galaxy Investment Partners. According to Mike, he made $250 million from crypto, including Bitcoin and Ethereum, between the years of 2016 and 2017. However, in the first nine months of 2018, it was reported that Galaxy's holding company had lost $136 million in cryptocurrency trading.

Mike and Galaxy were at one point huge proponents of the digital stablecoin Tether and its supporting currency Luna. Mike even famously got a Luna tattoo on his arm and became a self-described "Luna-tic." Galaxy made its first investment in the asset's parent company Terraform Labs in late 2020. In May 2022 Terra and Luna both collapsed simultaneously, wiping out $40 billion in total value over a matter of days. Galaxy reportedly sold the majority of its Luna holdings in the three months before the crash.

Still, with the decline in digital currency values in mid-2022, Galaxy's assets under management fell from $3.5 billion in November 2021 to $2 billion by June 2022.

Other Positions and Ventures

In his other ventures, Novogratz founded the non-profit organization Beat the Streets, of which he is also the chairman. The group works to promote the sport of wrestling in New York City public schools. Novogratz also serves on the board of directors of the Hudson River Park Trust, the Acumen Fund, NYU Langone Medical Center, PAX, and Princeton Varsity Club, among other organizations. Additionally, he is an honorary chairman of USA Wrestling Foundation, and is a member of the Investment Advisory Committee on Financial Markets at the Federal Reserve Bank of New York.


With his wife Dora Caceres, Novogratz has four children. Previously, he lived in the Meatpacking District in Manhattan, New York City. In 2006, Novogratz purchased actor Robert De Niro's Tribeca duplex in Manhattan for $12.25 million. Novogratz and his wife also own a residence in Amagansett, New York.

Many of Novogratz's siblings are also involved in business endeavors. His older sister Jacqueline is the founder and CEO of the non-profit venture capital fund Acumen, while his younger brother John serves as a senior managing partner at the investment management firm Millennium Partners. Meanwhile, his older brother Robert Jr. is a Los Angeles-based interior and product designer who was the subject of the reality television programs "9 by Design" and "Home by Novogratz." Robert's wife Cortney appeared alongside him on the shows; the two have also penned a number of books, including "Downtown Chic" and "Beachside Bohemian."

Mike's brother Robert Novogratz and wife Cortney Novogratz are the stars of HGTV's "Home by Novogratz."