What is Maria Bartiromo's Net Worth and Salary?

Maria Bartiromo is an American journalist, columnist and television news anchor who has a net worth of $50 million. Though it should be noted that a portion of Maria's net worth today comes from her marriage to financier John Steinberg. Maria Bartiromo first made a name for herself as the longtime co-host of the program "Closing Bell" on CNBC. Today she is one of the most prominent personalities on the Fox Business Network, hosting the shows "Morning with Maria" and "Maria Bartiromo's Wall Street". She has also worked as host of The Wall Street Journal Report and producer and assignment editor for CNN Business News. She previously hosted a segment of Market Watch for CNBC, The Business of Innovation, and Business Center.

She was born in Brooklyn, New York on September 11, 1967 to Italian-American parents Vincent and Josephine Bartiromo. Maria was raised in the Dyker Heights area of the Bay Ridge section of Brooklyn where her father was the owner of the Rex Manor restaurant and her mother served as the hostess. Bartiromo attended an all-girls private Catholic school called Fontbonne Hall Academy while also working at the same time as a coat check person in her father's restaurant. She also worked as a stock clerk at Kleinfields's wedding dress shop, a job she was fired from for trying on newly arrived dresses before putting them away.

She began college at C.W. Post before transferring to NYU, graduating in 1989 with a Bachelor of Arts in journalism and economics. While at NYU, Bartiromo began working in radio and landed an internship with talk host Barry Farber's show on WMCA 570 in New York after Farber visited a class she was in. After that, she interned at CNN.

She spent five years after her internship as an executive producer and assignment editor with CNN Business. Her supervisor while she was at CNN was Lou Dobbs, who later became her colleague at Fox Business News. Maria also worked as a production assistant for Stuart Varney during her time at CNN. Her goal was always to be in front of the camera. In 1993, after putting together an audition tape to apply for an on-screen job at CNBC, she was hired by Roger Ailes to replace Roy Blumberg at CNBC. She began reporting live from the floor of the New York Stock Exchange as well as hosting "Market Watch" and "Squawk Box" segments. She became the first journalist to ever deliver live TV reports from the chaotic floor of the NYSE. She then became the anchor and managing editor of "On the Money with Maria Bartiromo." In 2007, she began hosting "The Business of Innovation." She became known for her ability to get CEOs of companies in the news to come on her show for an interview, especially while hosting other segments like "Closing Bell," "Market Wrap," and "Business Center." In late 2008, Maria signed a five-year contract renewal with CNBC for $4 million a year. 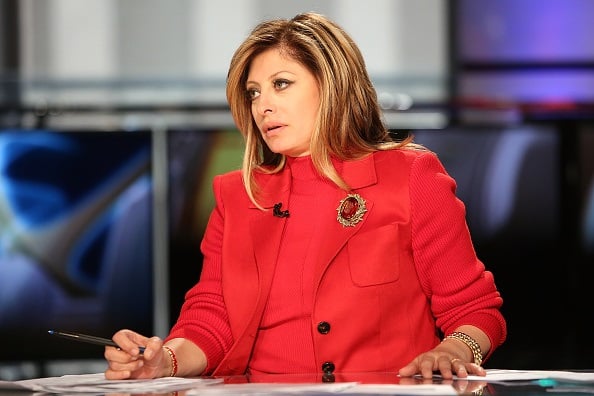 In November 2013, it was announced that Maria was leaving CNBC for the Fox Business Network and Fox News. Her first show with Fox was "Opening Bell with Maria Bartiromo." The ratings for her show were lackluster at the beginning of her run with Fox Business. The result of the 2016 Republican presidential nomination race benefited her as she had developed an on-air relationship with Trump. She was a moderator for the November 10, 2015 Republican party debate and was credited with keeping a focus on economics and for overseeing a largely civil discussion among the candidates. Maria even drew some boos from the audience for suggesting that likely Democratic nominee Hillary Clinton had much more relevant experience than the candidates before her on stage.

After Trump won the presidency in 2017 she became an advocate for his administration and frequently repeated talking points on air. She became known for frequently giving non-confrontational and friendly interviews to Trump and amplified administration falsehoods and conspiracy theories. In November 2020, after Trump lost his bid for reelection, Bartiromo conducted the first post-election interview with Trump and backed his false claims of election fraud and his attempt to overturn election results. She was criticized heavily for her conduct during the 45-minute interview. During this time, Bartiromo was an outspoken proponent on her show of baseless allegations that voting machines stole the election from Donald Trump. After the storming of the U.S. Capitol by a mob of Trump supporters in January 2021, she falsely claimed on her program that Democrats wore MAGA clothing and were behind the storming of the Capitol.

Today she is the global markets editor for the Fox Business Network. Her show Mornings with Maria is a three hour block that covers business and general news. Her show Maria Bartiromo's Wall Street, which airs on Fridays, features more in-depth pieces and sit downs with business executives and political newsmakers.

During her years at CNBC, Maria's peak annual salary topped $6 million. As of 2018 she has earned at least $10 million per year in salary from Fox.

Maria has been married to Jonathan Steinberg since 1999. John is the CEO of WisdomTree Investments, a publicly traded exchange traded fund that has a market cap north of $1 billion. According to the company's most-recent SEC filings, John earns a base salary of $3 million, but it should be noted that his father was an extremely successful financier named Saul Steinberg. Saul famously made his first million before he was 30 and was a billionaire by the time he was 40. Saul was worth at least $1.5 billion when he died in 2012. 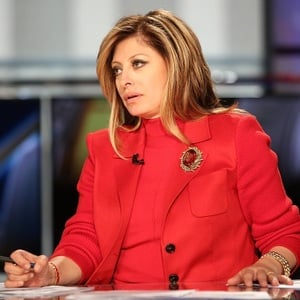