Marc Mezvinsky Net Worth and Salary: Marc Mezvinsky is an American investment banker who has a net worth of $30 million. He is known as the current managing director at TPG capital and the husband of Chelsea Clinton, daughter of Bill Clinton and Hillary Clinton. His net worth listed here is a combined amount with Chelsea.

Early Life: Mezvinsky was born on December 10th of 1977 in Philadelphia, Pennsylvania. His parents, Edward Mezvinsky and Marjorie Margolies, both served as Democratic members of the US House of Representatives. Marc has ten siblings, five of whom were adopted. Mezvinsky's mother wrote a book entitled "They Came to Stay," about her experiences adopting children from Vietnam and Korea. While growing up, Marc's family accepted multiple refugee families into their home and arranged surgeries and adoptions for troubled children from abroad.

As a kid, Mezvinsky attended a Conservative Jewish Synagogue and studied at Friends' Central School, a Quaker school on Philadelphia's outskirts. Marc graduated from Stanford University in 2000, where he earned his Bachelor of Arts in religious studies and philosophy. Afterward, he attended Pembroke College in Oxford, UK, where he received his undergraduate Master of Arts in politics, philosophy, and economics.

Career: After graduation, Mezvinsky began working at the investment bank Goldman Sachs as an emerging foreign market exchange strategist, later joining the company's global macro proprietary trading desk. Then, in 2011 Marc left to start his hedge fund, Eaglevale Partners, which served as a traditional multi-strategy investment fund, focusing on commodities, currencies, and bonds. Eaglevale Partners lasted five years, closing in 2016. The company was based in Manhattan, and at the time of its closure, was managing more than $330 million.

In 2017, Mezvinsky joined Social Capital as Vice Chairman of the company, where he helped manage its business development and grow its portfolio of companies. He left Social Capital after one year.

In 2019, Marc began working for TPG Capital as a managing director and business-unit partner. 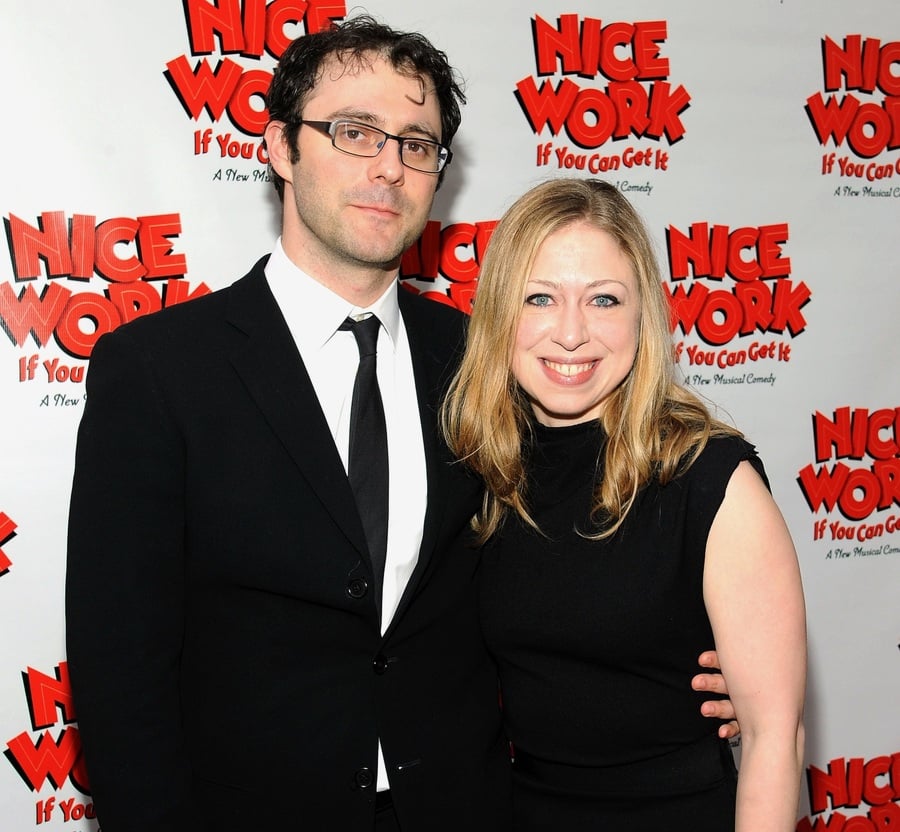 Relationships: Marc Mezvinsky is married to Chelsea Clinton, the daughter of Bill and Hillary Clinton, former president and first lady of the United States of America. Marc and Chelsea first met as teenagers in 1993 at a Democratic political retreat, as Mezvinsky's parents were both Congress members and friends with the Clinton's. Marc and Chelsea remained friends for several years until 2005, when they confirmed they were dating. They became engaged in 2009, and in July of 2010, they were married in an interfaith ceremony in Rhinebeck, New York.

Mezvinsky has three children with Clinton a daughter named Charlotte, born in 2014, and two sons; Aidan and Jasper, born in 2016 and 2019, respectively.

Philanthropy: Marc serves on the board of the Pembroke College Foundation as well as the Ann Romney Center for Neurologic Diseases, which is an organization to accelerate the prevention, treatment, and cures for five of the world's most complex neurological diseases: Alzheimer's disease, multiple sclerosis, ALS (Lou Gehrig's disease), Parkinson's disease, and brain tumors. Mezvinsky has also served on the board of the Madison Square Park Conservancy.

Real Estate: In 2008, Marc and Chelsea purchased a three-bedroom, 1,922-square-foot condo in central Manhattan for $4 million. The condo is on the tenth floor and features an open chef's kitchen, with a living and dining room beneath glorious ten-foot ceilings.

In 2013, Mezvinsky and Clinton sold this condo for $4.75 million and purchased a much larger, 5,000-square-foot apartment worth $10.5 million. The new apartment, located a few blocks from their old home, is the longest, most extended apartment in the entire city, stretching a whole Manhattan city block between 26th and 27th street. The apartment is a luxurious, ultra-modern, "environmentally-conscious" unit with Madison Square Park's stunning views. 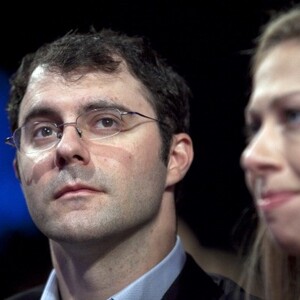