Marc Leder net worth: Marc Leder is an American businessman who has a net worth of $600 million. Leder gained his net worth through having over 25 years experience in business operations and investment banking. He is currently the CEO of Sun Capital Partners in Florida. Leder was the senior vice president of Lehman Bros before co-founding Sun Capital in 1995 with long-time friend and fellow Lehman Bros colleague Rodger Krouse. At the start of the company, Leder served as a managing director for nine years before serving as a CEO. The business duo had the idea of buying south-eastern small/medium businesses. At first, things didn't go to plan for Leder and his business partner, as for almost 2 years, they only brought one business called Frye CopySystems. The plus is that they turned Frye CopySystems (now called Atlas Cos) into a profitable company which was sold in 2002. Sun Capital Partners have several links to charities in Florida, donating over $2.7 million to more than 250 non-for-profit organisations Leder is also a co-owner and is on the board of Philadelphia 76ers basketball team and is a member of the International Council Board of Museum Berggruen in Berlin. 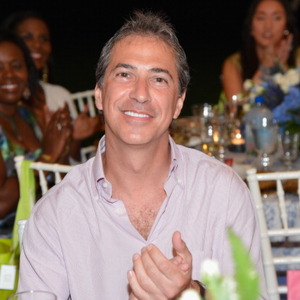