Louis Bacon Net Worth: Louis Bacon is an American businessman who has a net worth of $1.6 billion. Louis Bacon has earned his net worth as hedge fund manager, trader and founder of Moore Capital Management. Bacon was born in Raleigh, North Carolina, in 1956 to a rich family history. His father, Zachary Bacon Jr., was the founder of Bacon & Co.

and he led Prudential Financial's and Merrill Lynch's real estate interests in North Carolina. Nathaniel Bacon his ancestor launched the infamous Bacon's Rebellion in 1676, and his maternal grandfather Louis T. Moore, was a southern environmentalist during the early 1900s. He graduated from Alexandra, Virginia's Episcopal High School, and earned a BA in literature from Middlebury College in Vermont. He graduated Cum laude in 1979; he worked the summers during college as a clerk at Walter N. Frank & Co a specialist firm. He went on to earn an MBA in finance from Columbia Business School in 1981. His first job after completing his MBA was with the sales and trading program at Bankers Trust. He also worked on the floor of the New York cotton Exchange, as a runner; later he was a broker and trader of financial futures at Shearson Lehman Brother, where he eventually became the senior vice president for the trading division. He founded the Remington Trading Partners in 1987, and then in 1989 he founded Moore Capital Management LLC. After he inherited some money from his family in 1990 he launched another company called Moore Global Investments. His hobbies include hunting, fishing, snow skiing, tennis and squash; he was once married to Cynthia Pigott a former Newsweek staff member. On Financial World's, Top 100 Wall Street Earners list Bacon was named #20 in 1991. Bacon is an active supporter of the non-profit, environmental protection organization, The Riverkeeper, he also own homes in the Bahamas, New York City, Long Island and Scotland. 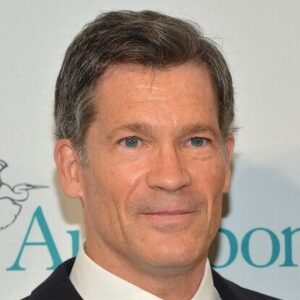