Li Lu net worth: Li Lu is a Chinese-American investment banker, investor, and fund manager who has a net worth of $200 million dollars. Li Lu was born in Tangshan, Hebei, China in April 1966. He survived the Tangshan earthquake in 1976 and attended Nanjing University. In 1989 Li Lu was a participant in the Tiananmen Square student protests and he became one of the student leaders. Lu helped organize students and joined a hunger strike. He left the People's Republic of China through Operation Yellowbird. He studied at Columbia University and published the book Moving the Mountain: My Life in China in 1990. The book was adapted into a movie in 1994. After graduating he worked as in investment banker. In 1997 Lu founded Himalaya Capital Management. He managed a hedge fun and venture capital fund from 1998 to 2004. He introduced the auto maker BYD Company and the Chinese battery to Warren Buffett and Charlie Munger. Lu was responsible for helping to translate and publish a Chinese version of Poor Charlie's Almanack, The Wit and Widsom of Charles T. Munger in 2010. In 2001 he was named a global leader for tomorrow by the World Economic Forum. Lu serves on the board of directors for Knovel. He is also a member of the Young President's Organization and the Council on Foreign Relations. 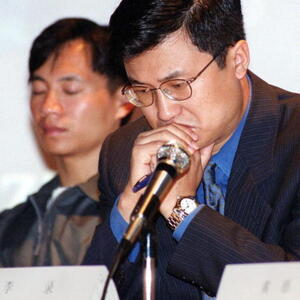