Kelly Evans net worth and salary: Kelly Evans is an American journalist and television personality who has a net worth of $3 million. Kelly Evans was born in Hartford, Connecticut in July 1985. She is the co-anchor of the CNBC television series Power Lunch. Evans worked for CNBC's Europe headquarters in London, England from 2012 to 2013 before relocating to New Jersey. Before she was with CNBC she served as an economics reporter for The Wall Street Journal where she authored her Ahead of the Tapes column and also wrote for Heard on the Street and hosted the WSJ.com daily segment News Hub. Kelly Evans was a successful lacrosse player in college. She married CNBC sports reporter Eric Chemi in 2017. She started out covering real estate and economics for the Wall Street Journal in 2007 and in 2012 she served as a moderator for a Republican Primary debate as well as for a James Carville v. Ann Coulter debate.

Kelly Evans Salary: Her current salary is $1 million per year. 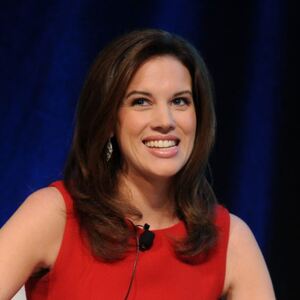