John Thain Net Worth: John Thain is an American investment banker, business executive and currently chairman and CEO of the CIT Group who has a net worth of $100 million dollars. John Thain was born on May 26, 1955 in Antioch, Illinois. He earned a bachelor's degree in electrical engineering from MIT in 1977, where he was a member of Delta Upsilon fraternity; and an MBA from Harvard Business School in 1979.

Thain was the last chairman and chief executive officer of Merrill Lynch before its merger with Bank of America. Thain arranged the sale of Merrill to Bank of America at $29 per share, a 70 percent premium over the market price. The deal valued the brokerage at $50 billion. He was designated to become president of global banking, securities, and wealth management at the newly combined company, but resigned on January 22, 2009 in the wake of several controversies, specifically the huge executive bonuses paid out at the height of the banking crisis. Before Merrill Lynch, he was the CEO of the New York Stock Exchange from January 2004 to December 2007. He also worked at Goldman Sachs, as head of its mortgage securities division from 1985 to 1990, and president and co-chief operating officer from 1999 to 2004. On the evening of February 7, 2010, CIT Group announced that it was hiring Thain to replace interim CEO Peter Tobin immediately. 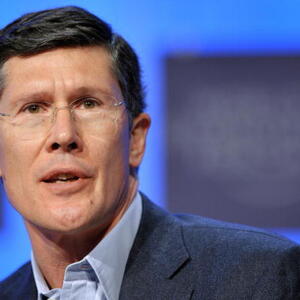