Joe Kernen Net Worth and Salary: Joe Kernen is an American CNBC news anchor who has a net worth of $16 million. He is the co-host of CNBC's Squawk Box and known by the nickname The Kahuna. His annual salary at CNBC is $3 million per year.

Joe Kernen was born January 6, 1957 in Cincinnati, Ohio. Kernen came to CNBC during the 1991 merger with Financial News Network, after a 10-year career as a stockbroker. He grew up in the Western Hills section of Cincinnati, Ohio and graduated from St. Xavier High School in 1974. He has a bachelor's degree from the University of Colorado and a master's degree in molecular biology from the Massachusetts Institute of Technology, where he worked on cancer research. He is married to Penelope Scott, a former commodities trader from Short Hills, New Jersey, whom he met after she joined CNBC in 1996. They were married in 1998 on a golf course. Kernen also wrote the book Your Teacher Said What?!: Defending Our Kids from the Liberal Assault on Capitalism (2011) with his then 5th grade daughter Blake. In 2012, during the fiscal cliff crisis, Kernen (at CNBC) initiated a "Rise Above" campaign to pressure Congress to cut spending. In February of 2014, The Huffington Post reported Kernen as saying that climate change and higher temperatures in January of 2014 were likely not a result of increased CO2, but rather of something more inexplicable. "It's almost like witchcraft," Kernen was quoted as saying. "In the middle ages it was witchcraft. You would have attributed adverse weather events to witchcraft." Kernen has criticized climate science publicly before, and also used the word "witch" on Twitter in September 2014 when referring to the work of climate scientists, posting to Twitter (and aimed at biological anthropologist Greg Laden: "…every adverse weather event? 15 years of flat global temps? You're no better than a witch doctor." 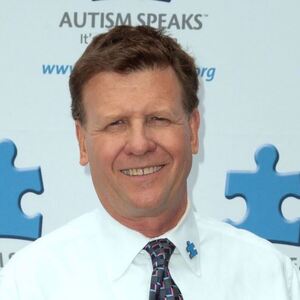