What is Jim Cramer's Net Worth and Salary?

Jim Cramer is an American television personality, best-selling author, and a former hedge fund manager, who has a net worth of $150 million dollars. He is probably best known for being the host of CNBC's "Mad Money", and for being co-founder and chairman of TheStreet.com. For his various jobs at CNBC, Jim Cramer earns an annual salary of $5 million. He also earns a significant income from book royalties and advances.

James J. Cramer, better known as Jim Cramer, was born in Wyndmoor (a suburb of Philadelphia), Pennsylvania, on February 10, 1955, to a Jewish family. His mother, Louise A. Cramer, was an artist, and his father, Ken Cramer, was the owner of International Packaging Products, a company that sold things like wrapping paper and boxes to retailers and restaurants.

Following graduation from college, Cramer landed a job as an entry-level reporter at the Tallahassee Democrat publication in Tallahassee, Florida. As it so happened, he became one of the first people to cover the Ted Bundy murders at the time, since he only lived a few blocks way. Subsequently, he worked at publications like the Los Angeles Herald-Examiner and American Lawyer, and he even worked for the Governor of California Jerry Brown. Eventually, he returned to Harvard to attend law school. While he was a law student, he invested in the stock market and used the money he made from trading to cover his tuition costs.


Following graduation from Harvard Law in 1984, Cramer landed a job as a stockbroker at Goldman Sachs. Despite being admitted to the New York State Bar Association in 1985, he did not practice law. Eventually his license to practice law in New York was suspended in 2009 because he failed to pay the registration fee.

In 1987, Cramer left his position at Goldman Sachs to start his own hedge fund, Cramer & Co. (later to be known as Cramer, Berkowitz & Co.). He managed to raise $450 million in $5 million increments, receiving a fee of 20% of the profits he generated. Some of the early investors in his hedge fund include Steve Brill, Eliot Spitzer, and Martin Peretz. In 2001, he retired from the hedge fund, and it was taken over by his former partner, Jeff Berkowitz. Cramer has claimed that from 1988 to 2000, he had only one year of negative returns, in 1998. He also claims that over 14 years he produced a 24% average annual return. However, some of his results and claims have been disputed.

Other projects Cramer worked on include SmartMoney magazine, where he was the "editor at large". During his time there, he was accused of unethical practices when he made a $2 million personal gain as he bought stocks just before an article with his recommendations in it was published. Also, in 1996, Cramer and Martin Peretz partnered to launch the financial news and financial literacy website TheStreet.com. In 2019, the website was sold to TheMaven for $16.5 million.

Additionally, during the late 1990s, Cramer would often be featured as a guest commentator on CNBC. Eventually, he landed his own show, "Kudlow & Cramer", with Larry Kudlow, which aired from 2002 to 2005. He then moved on to the show "Mad Money with Jim Cramer", which began airing on CNBC in 2005. The show provides viewers with tools and knowledge to become better investors. As part of the conditions in order for him to be on the show, Cramer is required to disclose any positions he holds in regards to stocks that are discussed on the show. He is also not allowed to trade in anything he has discussed or spoken about on the show for five days following each broadcast. The show "Mad Money" was actually inspired by this one-hour radio show he had previously hosted, "Jim Cramer's Real Money", which ended in December 2006. 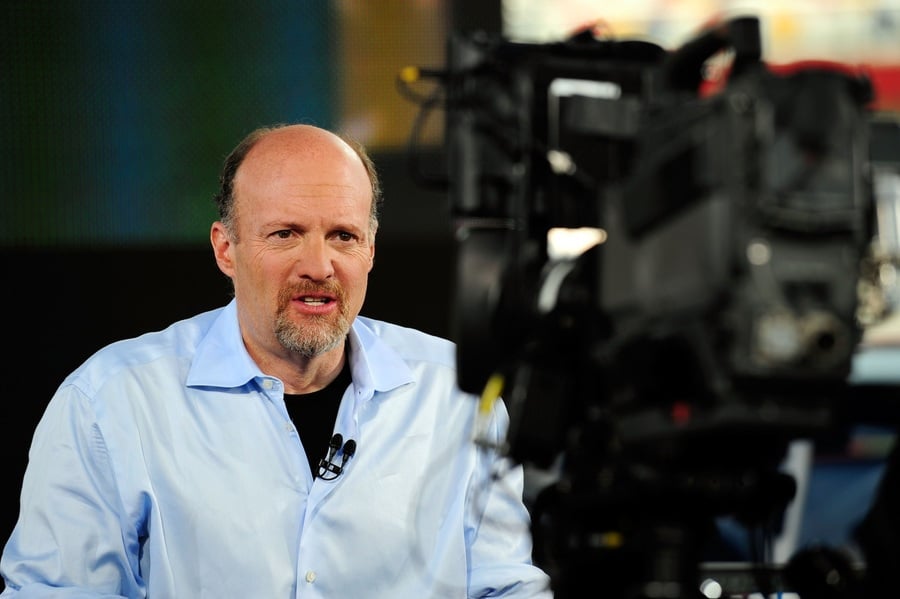 Cramer was married to Karen Backfisch from 1988 to 2009. They have two children together. His second marriage is to Lisa Cadette Detwiler, a real estate broker and general manager of the New York City restaurant The Longshoreman. They married in April 2015. Some of the properties he owns include the DeBary Inn in Summit, New Jersey, which he purchased along with four other investors in 2009; and the Bar San Miguel, a restaurant and bar in Carroll Gardens, Brooklyn, that he owns with his wife. He lives in Summit, New Jersey, and also own private residential properties in Quogue, New York, on Long Island, as well as a 65-acre estate in the countryside of New Jersey. Cramer is a noted long-time fan of the Philadelphia Eagles NFL team. He has held season tickets for over 20 years.

In 2008 Jim paid $4.7 million for a different home in Summit, New Jersey. He also owns a 65-acre estate elsewhere in New Jersey. 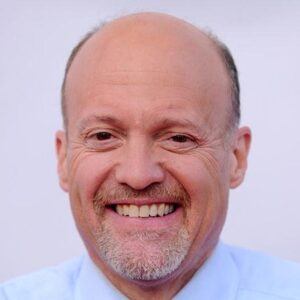