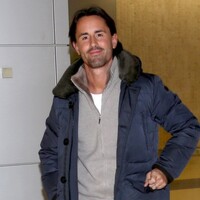 Jay Rutland Net Worth: Jay Rutland is a businessman and entrepreneur who has a net worth of $50 million. Jay Rutland is the company director for Bigrante Business Developments since 2012. His company reportedly earned just over $18,000 pounds in 2013. Rutland is a former stockbroker who got caught up in a sting operation in 2002 and sold cocaine to an undercover reporter. Rutland was banned by the Financial Services Authority for insider trading. Jay married British model, television personality, and socialite Tamara Ecclestone in June 2013. Their wedding was said to cost $7 million pounds. The couple had a baby girl Sophia Ecclestone-Rutland in March 2014. They purchased a home in London for $45 million pounds in 2011.