What is Janet Yellen's Net Worth and Salary?

Janet Yellen is an American economist who served as Chair of the Federal Reserve System from 2014 to 2018, previously serving as Vice Chair. Janet Yellen has a net worth of $16 million. In November 2020, Joe Biden announced that Janet would serve as Treasury Secretary under his administration. According to a financial filing released ahead of her term as Treasury Secretary, Janet and her husband, Nobel Prize-winning economist George Akerlof, control assets between $8 and $20 million.

According to a Federal filing released in December 2020, Janet earned $7 million between 2018 and 2020 from roughly 50 speaking engagements. The same filing showed that Janet planned to divest from stock shares in roughly a dozen major corporations including Pfizer, Conoco Phillips and AT&T.

After earning her doctorate, Yellen became an assistant professor of economics at Harvard University. She taught there from 1971 to 1976, before being recruited to be an economist with the Federal Reserve Board of Governors. At the Fed, Yellen researched international monetary reform. In 1980, she joined the faculty at the Haas School of Business at the University of California, Berkeley, where she did macroeconomics research and taught undergraduate and MBA students. Yellen became a full professor in 1985, and earned the Haas School's award for outstanding teacher twice. 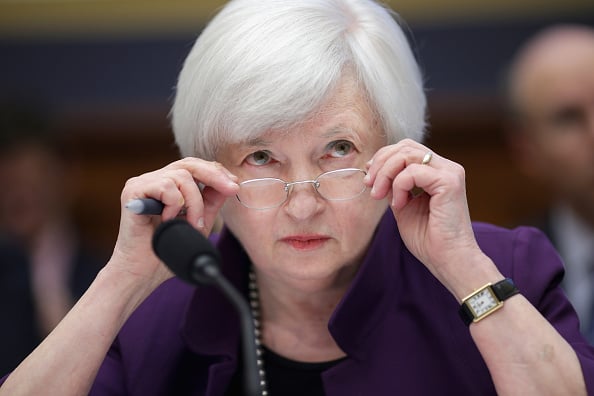 During her leave from Berkeley in 1994, Yellen was appointed as a member of the Federal Reserve Board of Governors by President Clinton. In early 1997, she left the Federal Reserve to chair the Council of Economic Advisers. With the CEA, Yellen oversaw a milestone report focused on the disparity in income between men and women. The report concluded that the pay gap was the effect of workforce discrimination. In 1999, Yellen left the CEA to return to teaching at Berkeley.

On her last day in office at the Federal Reserve, it was announced that Yellen would be joining the Brookings Institution research group as a distinguished fellow. Meanwhile, between 2018 and 2020, she received more than $7 million in speaking fees from financial companies including Goldman Sachs and Citigroup.

Secretary of the Treasury

In November of 2020, President-elect Biden announced his intention to nominate Yellen as United States secretary of the treasury; she was unanimously approved by the Senate Finance Committee in January of 2021. In the process, Yellen became the first woman to serve in the position, as well as the first person in American history to lead the Treasury, the Federal Reserve, and the Council of Economic Advisers.

Yellen's economic philosophy centers primarily on issues of unemployment, and favors lower Federal Reserve interest rates. Yellen has also expressed her desire to raise taxes, cut retirement spending, and remove the debt ceiling, which she argued was a necessity to avert government default in late 2021. Additionally, she has supported stricter financial regulations.

Over her career, Yellen has accumulated a plethora of honors recognizing her work in both academia and politics. She has received honorary degrees from such institutions as Bard College, New York University, the University of Warwick, Tel Aviv University, and the University of Pennsylvania. Yellen has also had memberships or fellowships at places including the National Bureau of Economic Research, the American Academy of Arts and Sciences, the Council on Foreign Relations, and the National Association for Business Economics. Her accolades include the Wilbur Cross Medal from Yale University, the President's Medal from Brown University, and the Paul H. Douglas Award for Ethics in Government from the Institute of Government and Public Affairs.

In 1978, Yellen married fellow economist George Akerlof, whom she had met in the cafeteria of the Federal Reserve. For two years, the pair lived in London, where Akerlof taught at the London School of Economics; more recently, he has taught at Georgetown University and the University of California, Berkeley. Together, Yellen and Akerlof have a son named Robert, who is an associate professor of economics at the University of Warwick.

Yellen and Akerlof have frequently collaborated on research, particularly on such subjects as poverty and unemployment. Additionally, Yellen is a philatelist, and reportedly has a postage stamp collection estimated to be worth between $15,000 and $50,000. 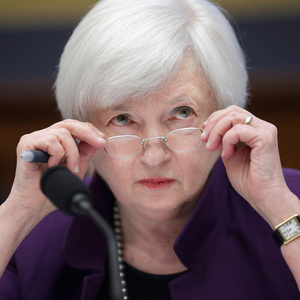