Glenn Hutchins net worth: Glenn Hutchins is an American businessman and investor who has a net worth of $500 million. He is best known for being the co-founder of Silver Lake Partners.

Glenn Hutchins was born in 1955. He graduated from Harvard University, Harvard Law School, and Harvard Business School. Hutchins is a private equity investor who is focused on the technology sector. He co-founded the $39 billion private equity firm Silver Lake Partners. He started his career at Thomas H. Lee Partners. In 1992 he left to join Bill Clinton's presidential transition team as an economic policy Senior Advisor. After two years he returned to the private sector and worked for The Blackstone Group. Glenn Hutchins is a member of the board of NASDAQ OMX Group and was the chairman of Instinet. Silver Lake portfolio companies include TD Ameritrade, MCI, Seagate Technology, Gartner, Sabre Holdings, and more. Hutchins is a partial owner of the NBA's Boston Celtics and a member of the Council on Foreign Relations. 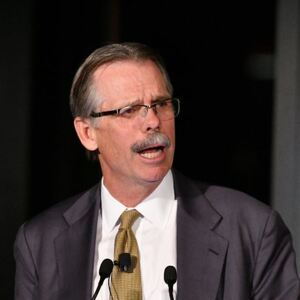