Gary Kaminsky Net Worth: Gary Kaminsky is an American television host and finance executive who has a net worth of $300 million. Gary Kaminsky was born in New York where earned a B.S. in Radio, TV and Film Management from the Newhouse Communications School at Syracuse University. He later earned an MBA in Finance at New York University (1990).

Kaminsky amassed his wealth as a high-profile money manager for firms such as Neuberger Berman before joining CNBC's The Strategy Session in 2008. From 1990 to 1992, he was an analyst at J.R.O. Associates, a New York hedge fund. In 1992 he joined Cowen & Company as a portfolio manager in the Private Banking Department and became a partner in 1996. Assets co-advised by Kaminsky reportedly rose from $200 million to $1.3 billion between 1992 and 1999. Cowen & Company was sold to Societe Generale in July 1998. In May of 1999, Kaminsky and his team joined Neuberger Berman LLC. Kaminsky left Neuberger-then a unit of Lehman Brothers-just months before the financial crisis led to the firm's September 2008 bankruptcy. He is regarded as one of Wall Street's top money managers. He was known for his criticism of Lehman's risk-taking, which ultimately doomed the company. After Lehman's collapse, Neuberger remained an independent company and Gary Kaminsky was required to adhere to a two-year non-compete clause in his contract, which prompted his move to CNBC. His outspoken views at the news channel often ruffled the feathers of some top business executives, including billionaire investor Warren Buffett. CNBC ultimately issued an apology for some comments Kaminsky made about Buffett's investment strategy. In March of 2013, Gary Kaminsky was named as the Vice-Chairman of Morgan Stanley. Prior to joining Morgan Stanley, Kaminsky was also a regular on Squawk Box and Squawk on the Street, where he brought essential market insight to CNBC. 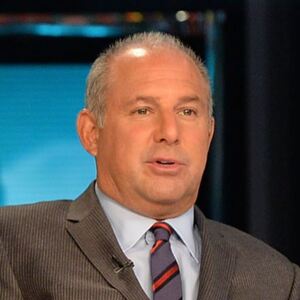