Erin Burnett Net Worth and Salary: Erin Burnett is an American news anchor who has a net worth of $20 million. Burnett's annual salary at CNN is $6 million dollars. She began her professional career working for Goldman Sachs in the mergers and acquisitions division. Erin was subsequently offered a position on CNN, serving as a writer and casting guest analysts for the show "Moneyline."

She became the Vice President of Citigroup/CitiMedia after leaving the show. Burnett later hosted the show "Bloomberg on the Markets" (2003–2005) for Bloomberg Television. In 2005, she was hired to host the series "Street Signs" (2005–2011) on CNBC, and she also served as co-anchor for the series "Squawk on the Street" (2005–2011). Both shows' ratings improved immensely while Erin was host, and in 2011, she was offered her own show on the CNN network, called "Erin Burnett OutFront," which she is still hosting as of this writing. In addition to her work as an anchor, Burnett has appeared on NBC's "The Apprentice" (2008–2010) as an advisor to host Donald Trump and played herself in the 2013 film "The Incredible Burt Wonderstone."

Early Life: Erin Burnett was born Erin Isabelle Burnett on July 2, 1976, in Mardela Springs, Maryland. She grew up with mother Esther, father Kenneth (a corporate attorney), and older sisters Mara and Laurie, and she studied at St. Andrew's School, a boarding school in Delaware. After Erin graduated in 1994, she enrolled at Williams College in Massachusetts, where she played field hockey and lacrosse and studied economics and political science. Burnett earned a Bachelor of Arts in political economy in 1998.

Career: While working as a financial analyst at Goldman Sachs, CNN offered Erin a job as a writer and booker for "Moneyline," which featured Lou Dobbs, Willow Bay, and Stuart Varney. She left the show to take a position as the vice president of CitiMedia, Citigroup's digital media group. After leaving Citigroup, Burnett took a job at Bloomberg Television, serving as an anchor and Stocks Editor. She hosted the CNBC business program "Street Signs" and co-anchored "Squawk on the Street" live at the New York Stock Exchange with Mark Haines from 2005 to 2011. In 2010, Erin's investigative report about Transammonia's business dealings with Iran resulted in the company agreeing to stop doing business with the country, and the report earned an Emmy nomination the following year. 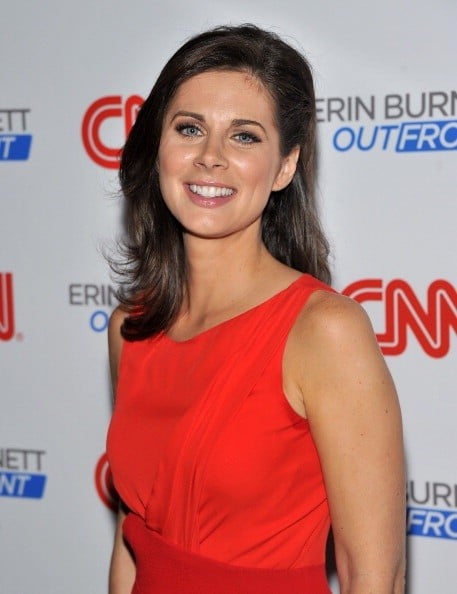 Personal Life: Erin married Citigroup executive David Rubulotta on December 21, 2012, nine years after they met on a blind date. They welcomed son Nyle on November 29, 2013, daughter Colby on July 18, 2015, and son Owen on August 20, 2018. In 2019, Guo Wengui, a Chinese billionaire/fugitive sued Burnett and WarnerMedia for $50 million after Erin called him a spy on the July 23, 2019, episode of " Erin Burnett OutFront." The defamation lawsuit alleges that CNN misled viewers with false statements when Burnett stated "New tonight, the Chinese billionaire and member of Mar-a-Lago accused of being a spy" on the broadcast.

Real Estate: Erin and her family live in a 2-bedroom, 2.5-bathroom apartment in New York City. The home features a breakfast bar, marble bath, and hardwood floors, and the building includes a fitness club and swimming pool. The last time Burnett's apartment was on the rental market, it was listed for $13,200 per month. 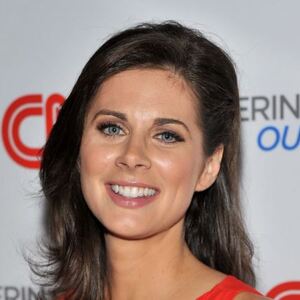