What is Eric Bolling's Net Worth?

Eric Bolling is a television news anchor who has a net worth of $20 million. Best known for his work on Fox News, Bollings has hosted shows like "Cashin' In." He also appeared on "The Five," "Fox News Specialists," and others. Eric was one of the earliest supporters of former President Donald Trump and remains supportive of him to this day. Outside of his work on television, Bolling has released a number of books, including 2016's "Wake Up America."

His time in the spotlight has not been without controversy, however. In 2017, he and Fox parted ways – reportedly on amicable terms – after Eric was accused of workplace sexual harassment by three female colleagues. Bollings denied all of the accusations, which included allegations that he had sent nude pictures of himself to these women. After Fox, Eric went on to work on networks like TheBlaze and Newsmax TV.

Eric Thomas Bolling was born on March 2nd of 1963 in Chicago, Illinois. He attended Catholic private schools as a child before enrolling at Rollins College in Florida. During his college years, Eric studied economics and played baseball. Bolling proved to be quite a skilled athlete, and he was even drafted by the Pittsburgh Pirates. However, he was forced to abandon his career in sports due to a torn rotator cuff. Bolling earned his BA in economics by 1984.

After graduating, Eric worked as a commodities trader on Wall Street. He then became closely involved with the New York Mercantile Exchange, eventually becoming a board member before acting as the organization's strategic advisor.

Eric's entertainment career began with CNBC. One of his first-ever roles was as a panelist for the network's "Fast Money" series. However, his career truly began after joining the Fox Business Network in 2008. Initially acting as a financial analyst for the network, Bolling eventually started co-hosting "Happy Hour" along with Cody Willard and Rebecca Diamond. Further opportunities came with "Follow the Money with Eric Bolling," and then "Cashin' In." During this period, Eric also cost-hosted shows like "The Five."

During this period, Eric became highly critical of Barack Obama. This was mostly due to Obama's decisions to meet with Ali Bongo Ondimba (a dictator) and Common (a rapper) in the White House. Bolling also floated the theory that Obama never obtained citizenship, and that the DNC might have been responsible for the death of Seth Rich. He also frequently debated Bob Beckel, although Eric eventually saved Beckel's life by performing the Heimlich maneuver on him after he started choking at a restaurant.

Over the next few years, Eric continued to appear on a wide range of Fox programs, including "The O'Reilly Factor" and "Fox and Friends." When Trump announced his candidacy for president, Bolling became one of his earliest and most outspoken supporters. The pair first met on the set of "The Apprentice" in the 2000s. Trump almost appointed Bolling to a position in the US Department of Commerce, but he decided to stick with his career at Fox. After Trump's election, Eric interviewed him several times. 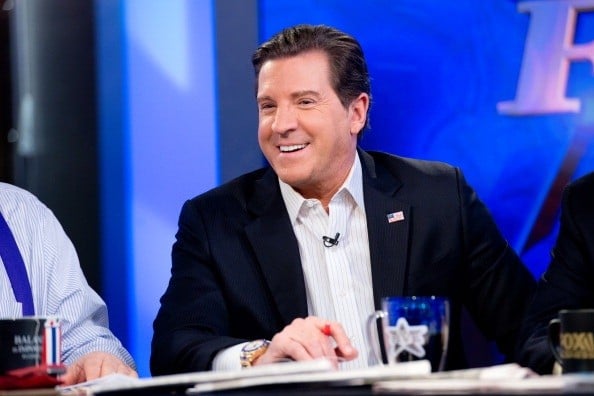 In 2017, Eric was accused of sending inappropriate and sexually explicit text messages to several colleagues at Fox News. Others accused him of making unwanted sexual comments. This was all exposed in an article published by "HuffPost," and the article led to significant consequences for Eric. Although he strongly denied any wrongdoing, Fox News suspended him while they conducted an official investigation. While he was suspended, Bolling took the opportunity to file a defamation lawsuit against the author of the article for $50 million. Eventually, Eric and Fox parted ways in 2017.

Although his career at Fox was over, Bolling continued to work with networks like Blaze Media and CRTV. He eventually signed a contract with Blaze Media and began hosting their show "America." Following this, Eric started working with Sinclair Broadcast Group and began hosting their show, "America This Week." The Sunday morning talk show started in 2019. During this period, Eric once again voice strong support for Trump and claimed that mail-in voting had a high chance of resulting in a fraudulent election.

Although Bolling was no longer associated with Fox, it was almost as if this allowed him to explore less mainstream ideas and topics, such as Dr. Fauci's alleged cover-up of the Wuhan Lab origin of Covid-19. These controversial topics eventually ended with Sinclair Broadcast Group canceling his show. Bolling has considered running for the US Senate and Congress on multiple occasions.

Eric Bolling and his wife Adrienne had one son who tragically died from a drug overdose on September 8th of 2017 – the same day Bolling was fired from Fox News.

In 2018, it was reported that Bolling was selling his beachfront home on the Jersey Shore for a cool $3.2 million. The residence features 3,100 square feet of living space, 75 feet of beachfront property, four bedrooms, a spiral staircase, a fireplace, a jacuzzi, and spectacular ocean views. In 2019, Eric put another New Jersey home on the market.

This second property is located in Bergen County, and it sits on the golf course of the Alpine Country Club. The condo has four bedrooms and was originally purchased by Eric and his wife in 2016 for $1.8 million. After acquiring the property, Bolling and his wife renovated it extensively with white oak floors, marble countertops. The home also features an elevator, three fireplaces, a full bar, and a theater. 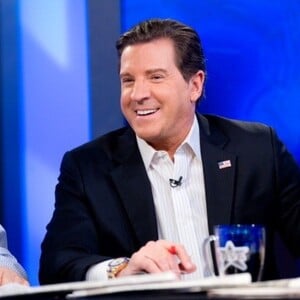