How much is Edward Lampert Worth?

Edward Lampert net worth: Edward Lampert is an American hedge fund manager who has a net worth of $600 million dollars. At various points in his life, Edward's net worth has been as high as $4 billion. At that level, he was one of the richest people in Connecticut. Unfortunately a sour investment in retailer Sears destroyed a large percentage of Eddie's personal fortune. The majority of his investments are in the retail sector. He has also served as the director of AutoZone, Inc., and he is the former director AutoNation, Inc.

Born in Roslyn, New York, Edward Lampert worked throughout his school years after his father passed away, and his family fell on hard times. He earned excellent grades, and eventually graduated from Yale University with a degree in Economics. After graduating, he interned at Goldman Sachs, before becoming a full member of their risk arbitrage department. He left Goldman Sachs in the late 80s to go out on his own, and, with a $28 million investment from Richard Rainwater, launched ESL Investments in Connecticut. He is currently the CEO and President of ESL.

Eddie is most widely recognized for his experience as the Chairman of Sears Holding Corporation, which was created when he merged Sears and KMart. Sears ended up filing for bankruptcy in October 2018. Today there are around 180 Sears stores, compared to 3,500 a decade earlier. 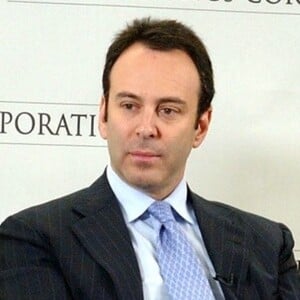