Dylan Ratigan Net Worth and salary: Dylan Ratigan is an American author and TV host who has a net worth of $10 million dollars. Born in Saranac Lake, New York, in 1972, Dylan Ratigan graduated from Union College with a bachelor's degree in political economy. He broke into the journalism field after graduation, covering finance at Bloomberg News Service before working his way up to Global Managing Editor for Corporate Finance.

While with the network, Ratigan hosted "Morning Call". In 2006, he hosted "Fast Money" and worked on CNBC's "Bullseye". Ratigan also worked on "Closing Bell" and "The Call". In 2009, he left "Fast Money" after witnessing the way the government dealt with the U.S. financial crisis in 2008. His career has since focused on challenging the U.S. government's policies and financial decisions. In 2009, he created TV program "Morning Meeting". He's the former host of MSNBC's "The Dylan Ratigan Show", which became the top-rated show on the network that wasn't slotted in primetime. He released his first book, "Greedy Bastards", in early 2012, which quickly became a "New York Times" bestseller. He's appeared as a guest on dozens of shows, including "The Oprah Winfrey Shaw", "The Rachel Maddow Show", "The Colbert Report" and "Charlie Rose". Ratigan made headlines in 2011 for his two-minute rant on "The Dylan Ratigan Show" complaining about the U.S. government's fiscal spending and the nature of American politics.
Dylan Ratigan Salary
What is Dylan Ratigan's salary per year? $3 million 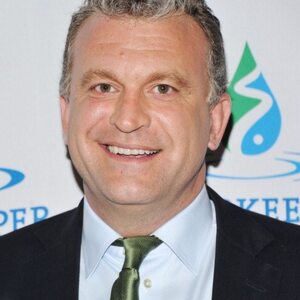