David Gebbia net worth: David Gebbia is an American business executive who has a net worth of $150 million dollars. David Gebbia and his wife Carlton Gebbia significantly increased their public profile in 2013 when they agreed to be featured on the new season The Real Housewives of Beverly Hills. The couple was introduced to the women of Real Housewives through long time cast member Kyle Richards, who is close friends with Carlton.

Based in Beverly Hills, California, David Gebbia is the owner of Stockcross Financial Services, a full service and discount brokerage and investment firm. Stockcross was founded in 1971 in Boston by David's father John. Today the company is fully managed by David and his brother, John Jr. The company has been headquarted in Beverly Hills for the last thirty years.

Gebbia Private Estates built the 12,800 square foot home that David and his ex-wife Carlton lived in for many years. Soon after their 2018 divorce, Carlton put the home on the market for $22 million. She has not found a buyer as of this writing. The house is located in the exclusive Beverly Hills gated community of Beverly Ridge Estates.

In 2001, he produced the movie, "Pretty When You Cry", (also known as "Seduced") starring Sam Elliott.

David and Carlton have three children, Mysteri, Cross and Destiny. In case you didn't make the connection, their youngest child Cross (a boy) is actually named after David's business.

Carlton was born in South Africa but was mostly raised in London England and moved to Los Angeles when she was 18 to pursue an acting career. Carlton landed some small roles in low budget films before giving up acting to serve as the in-house interior design expert at Gebbia Estates. She is also a burgeoning author of children's books. 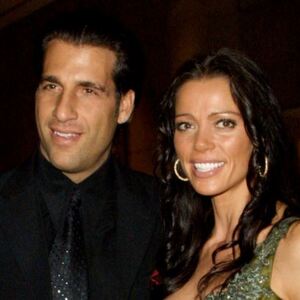