David Einhorn net worth: David Einhorn is an American hedge fund manager who has a net worth of $1.81 billion. David Einhorn is the Founder and President of Greenlight Capital, a "long-short value-oriented hedge fund". David Einhorn graduated summa cum laude with distinction from Cornell University in 1991 where he earned a B.A. from the College of Arts and Sciences. He co-founded and has served as the President of Greenlight Capital, Inc., since January 1996. He serves as senior managing member of DME Advisors, LP, or DME Advisors, our investment advisor. He has served as a director of BioFuel Energy Corp. (NASDAQ: BIOF). From March 2006 to March 2007. He served on the board of directors of New Century Financial Corp., formerly listed on the New York Stock Exchange under the symbol ?NEW?. His name is most closely associated with short selling, namely borrowing a stock for a period of time and selling it, with the intention of later buying back the shares at a lower price. He is a critic of current investment-banking practices, saying they are incentivized to maximize employee compensation. He is a major contributor and board member of The Michael J. Fox Foundation. In 2006, he finished 18th in the World Series of Poker main event and donated his entire winnings of $659,730 to the foundation. He is also on the board of Robin Hood and a contributor to numerous charities in the New York area. In 2010, he was among 13 former officers and directors of New Century that paid more than $90 million to settle various lawsuits against the company, which filed bankruptcy. In the spring of 2009, as promised in his book Fooling Some of the People All of the Time, Greenlight Capital donated half its share of profits from their short thesis on Allied Capital. David Einhorn was born on November 20th, 1968 in New York. He is married and has two daughters and one son. 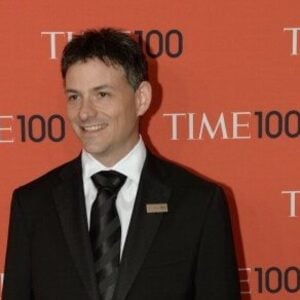