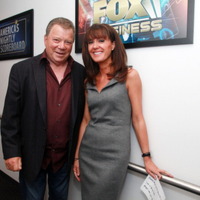 Dagen Mcdowell Net Worth: Dagen Mcdowell is a FOX Business Network anchor who has a net worth of $5 million. Born Mary Dagen McDowell on January 7, 1969, in Brookneal, Campbell County, Virginia, US, she has been serving as FBN's anchor since 2007. As of today, Mcdowell is also a business correspondent for the Fox News Channel and a business contributor on the Imus In The Morning radio show. Having graduated from Wake Forest University with a degree in Art History, Mcdowell made her career beginnings as a financial journalist at the Institutional Investor's Newsletter Division. Subsequently, she worked for SmartMoney magazine and SmartMoney.com, as well as she was he one to pen a personal finance column for TheStreet.com called "Dear Dagen." The Fox News Channel was her next stop. In 2003, McDowell joined FCN where she initially served as a business correspondent. Shortly after, she could be also seen as a regular guest on Your World with Neil Cavuto and a recurring guest on Cashin' In, appearing on the program initially as a contributor when it debuted in May 2001.