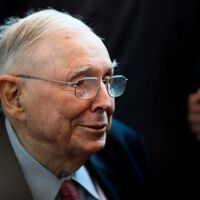 What is Charlie Munger's Net Worth?

Charlie Munger is an American business magnate, lawyer, investor and philanthropist who has a net worth of $2.2 billion. Charlie Munger accumulated his net worth through his investor partnership and his share holdings in many successful companies. He is best known for being Warren Buffett's right-hand man. Munger is the Vice-Chairman of Buffett's diversified investment corporation, Berkshire Hathaway.

Next, he gave up law to concentrate on investment management. He first partnered with Otis Booth in real estate development. He then partnered with Jack Wheeler in the formation of the investment firm Wheeler, Munger, and Company. 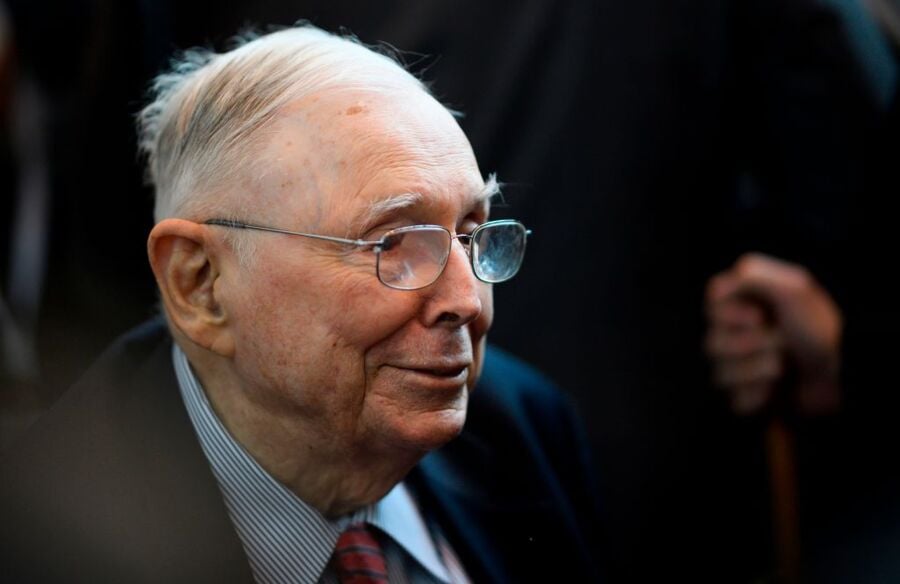 Charlie and Warren Buffett grew up in Omaha and were friends as kids. They even worked at Warren's grandfather's grocery store at the same time as teenagers.

Charlie and Warren reunited in Omaha in 1959 at a dinner party. By this time, Charlie had moved his family back to Omaha from California to take over his later father's law practice. Following in Warren's footsteps, he began making financial investments and soon learned he had a knack for it. For about a decade Charlie ran his own investment fund. His fund was highly successful, averaging 19% annual returns.

In 1978 Warren brought Charlie over to Berkshire Hathaway as the company's Vice Chairman, a position he has held ever since.

In the late 19080s Charlie developed an upscale oceanfront community in Montecito he named Sea Meadow. Sea Meadow is a 22-acre guarded community. Today the homes in Sea Meadow regularly sell for $10-20 million, or more, and the monthly HOA fee is $2,700.

In December 2021 Charlie himself paid $11 million for a home in the community he developed.

One of his most notable gifts was the $200 million he promised to UC Santa Barbara in March 2016. His gift was made on the condition that university use the funds to construct a dormitory that followed Munger's very specific and unusual design. Munger's design, which featured windowless bedrooms, ultimately caused the school's longtime architectural designer to quit in protest. The designer, Dennis McFadden, remarked:

"The dormitory would be unsupportable from my perspective as an architect, a parent and a human being… An ample body of documented evidence shows that interior environments with access to natural light, air, and views to nature improve both the physical and mental well being of occupants…. The Munger Hall design ignores this evidence and seems to take the position that it doesn't matter…. The building is a social and psychological experiment with an unknown impact on the lives and personal development of the undergraduates the university serves."